This was a special order 335 in Blonde, which was an available catalog color only from 1958-1960, a period which saw Gibson only produce 209 ES-335s in the Blonde finish.

As far as lefties go, I have only seen one other vintage(1960s) ES-335 in Blonde – this would be only the second one!

The guitar is in Excellent overall condition. The finish has a fair amount of lacquer checking due to its age of 51 years. There is a small area(pencil eraser size) of finish chipped to the left of the Bigsby, and a small ding on the back of the neck at the 8th fret/treble side. Some very minor buckle wear on the back, nothing through the wood.

This is a very attractive guitar with some moderate flame to the maple top. Most of the 58-60 Blonde ES-335s had very little, if any flame. And the reissue Blonde 335s can be too flamy relative to their historic counterparts. This guitar has just the right amount of flame – and it looks even better in person!

The guitar has been inspected and perfectly set-up by Scott Freilich of Top Shelf Music. There is barely any fret wear.

This is one of the rarest Left Handed vintage guitars I’ve seen. And it’s a two-owner with hang tags and original receipt! 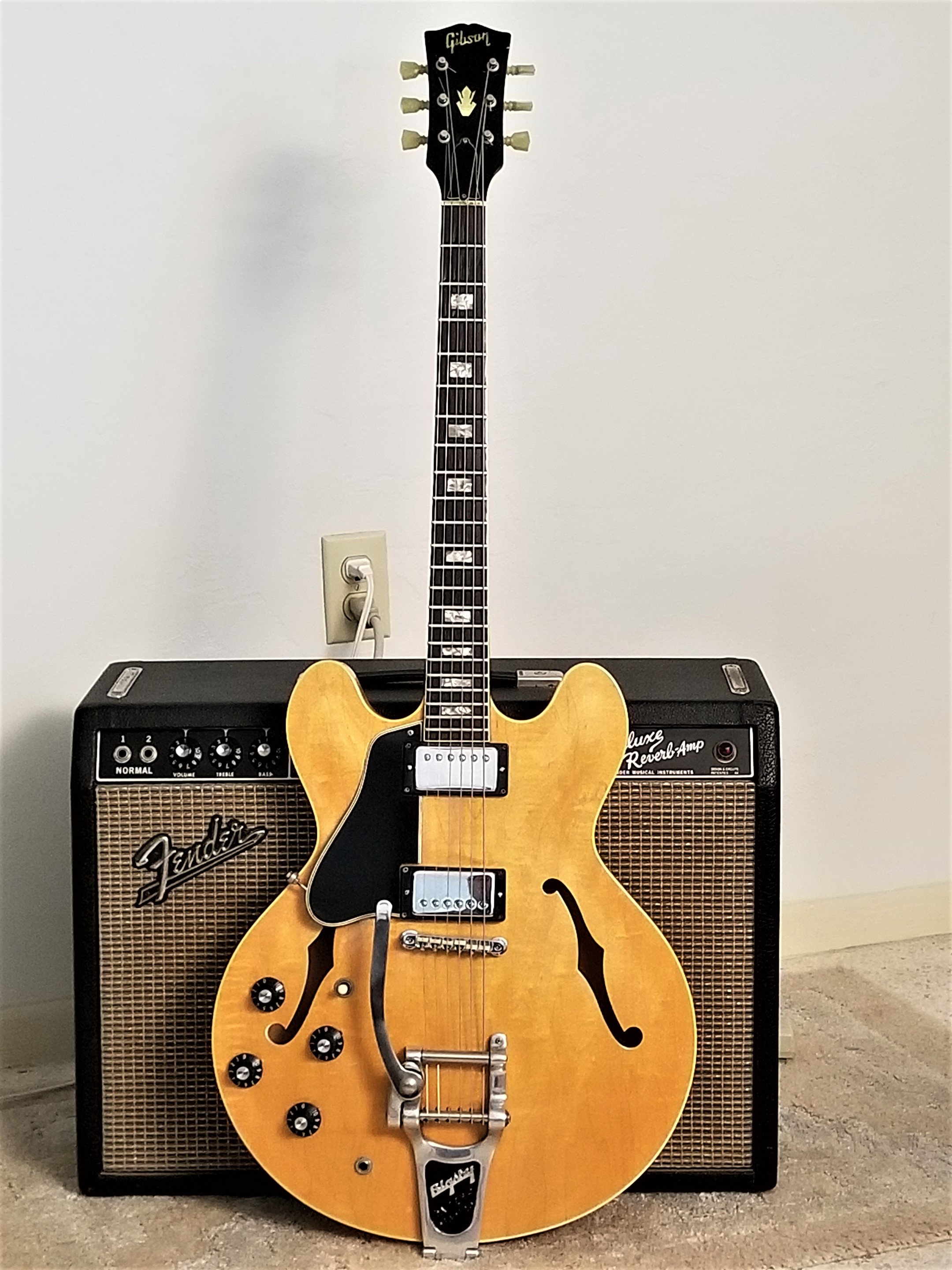 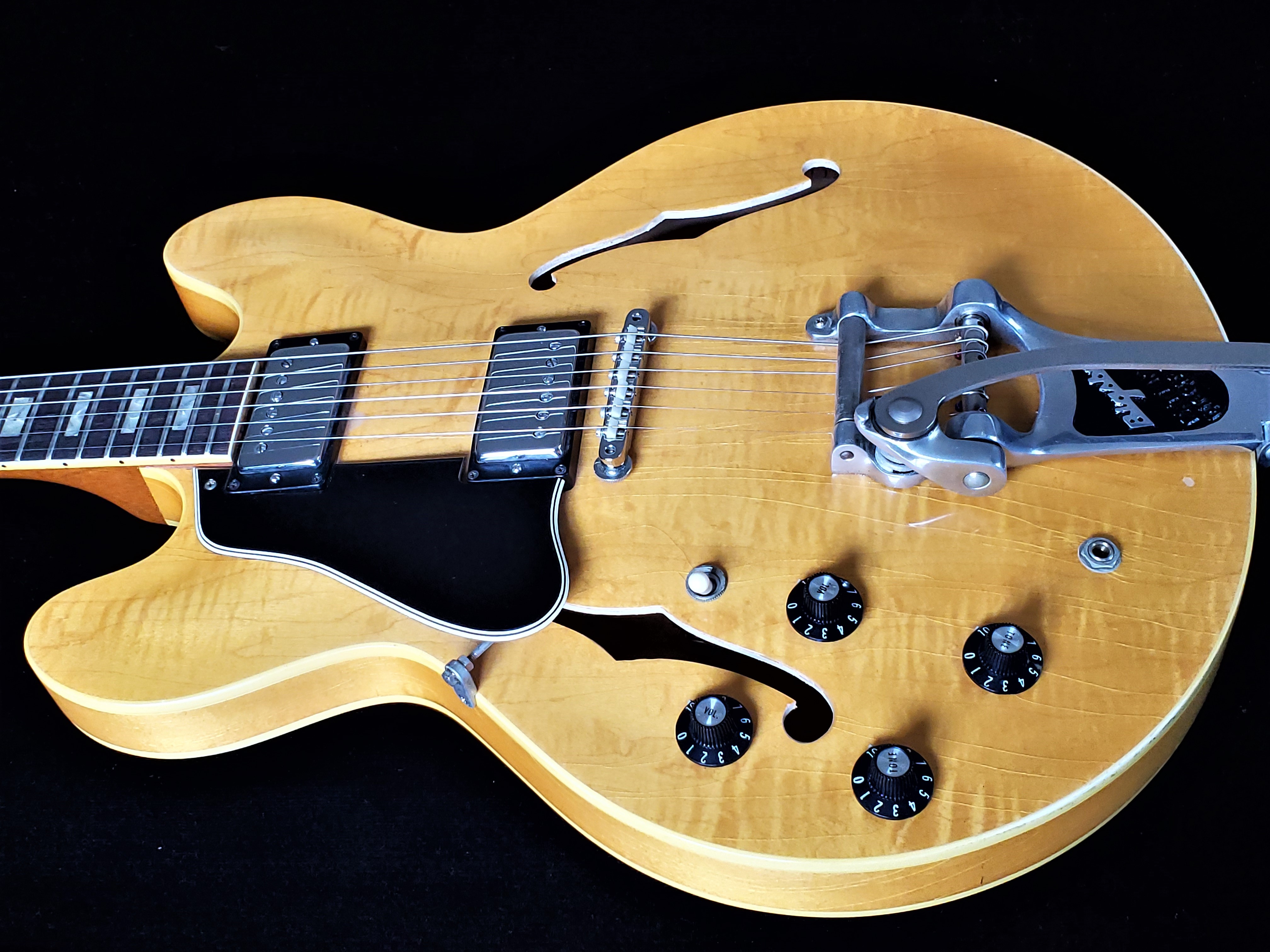 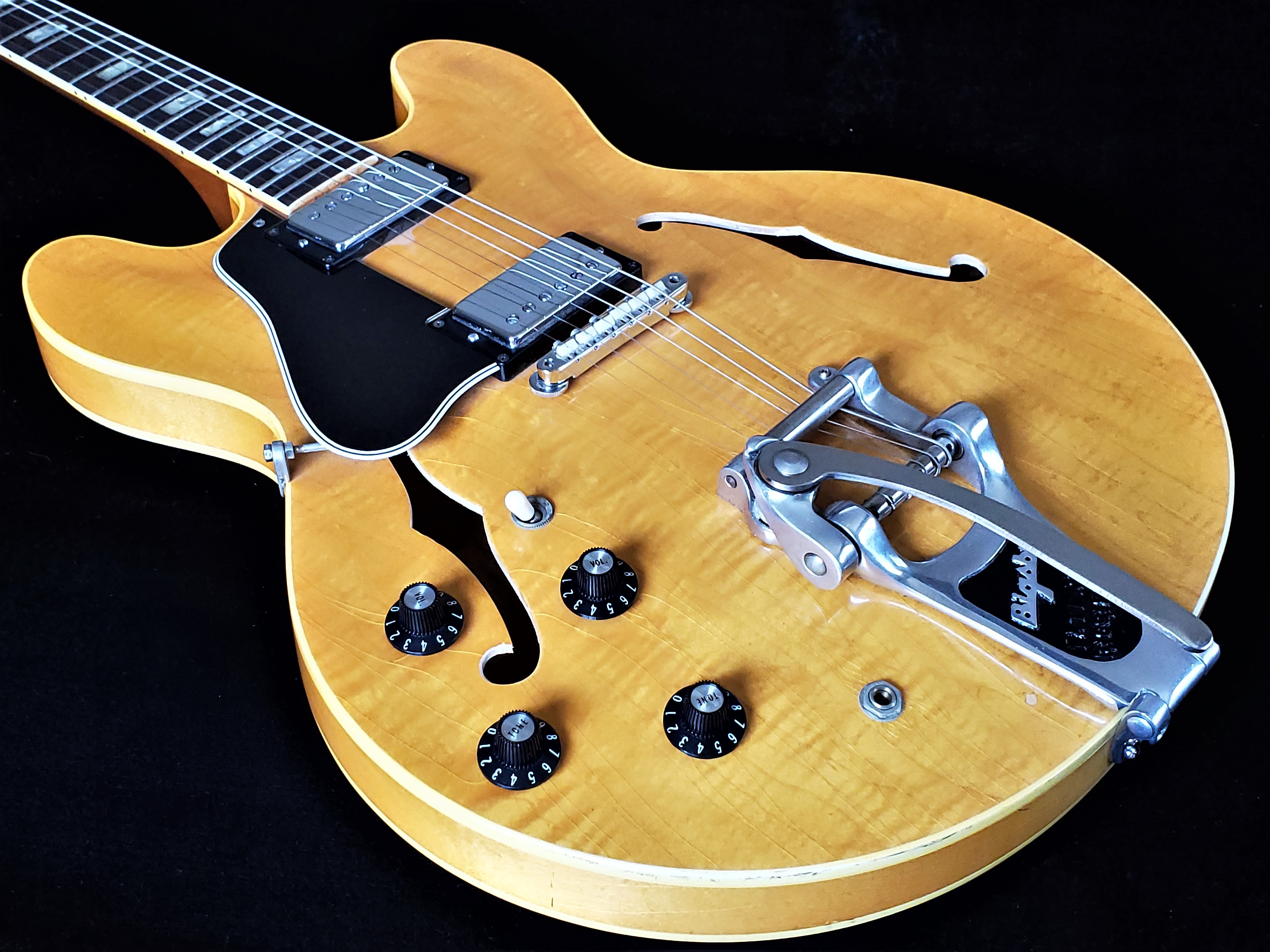 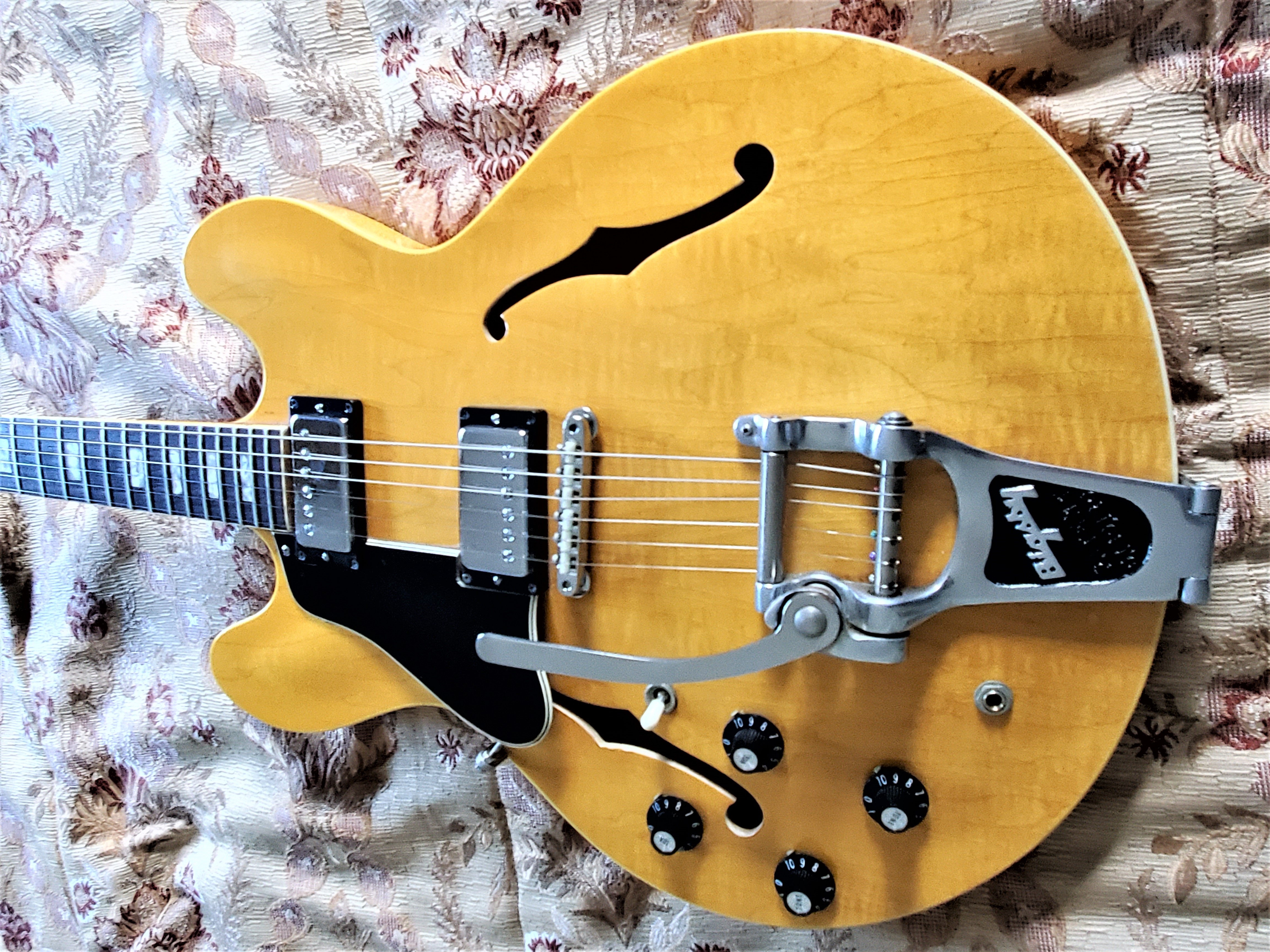 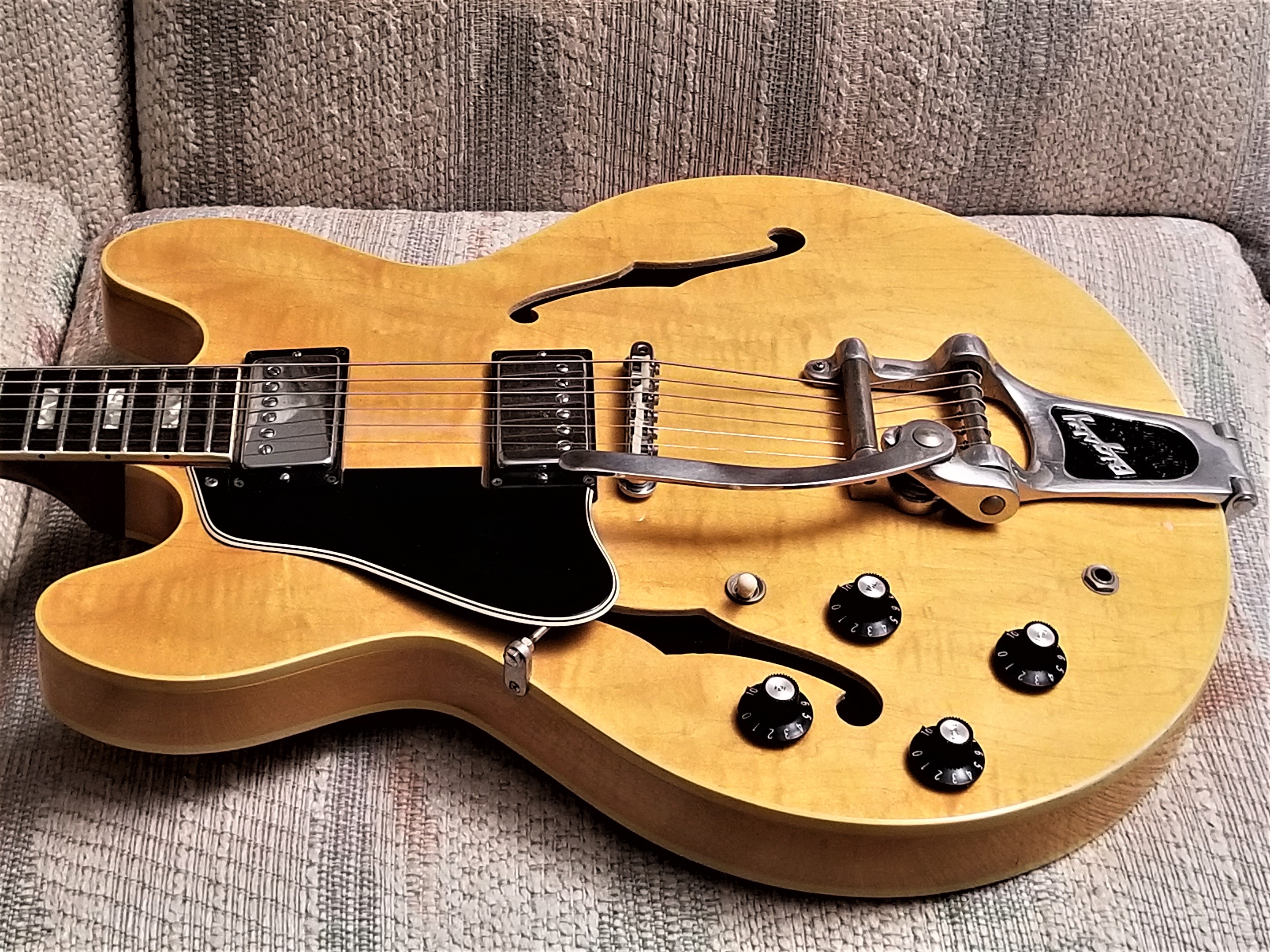 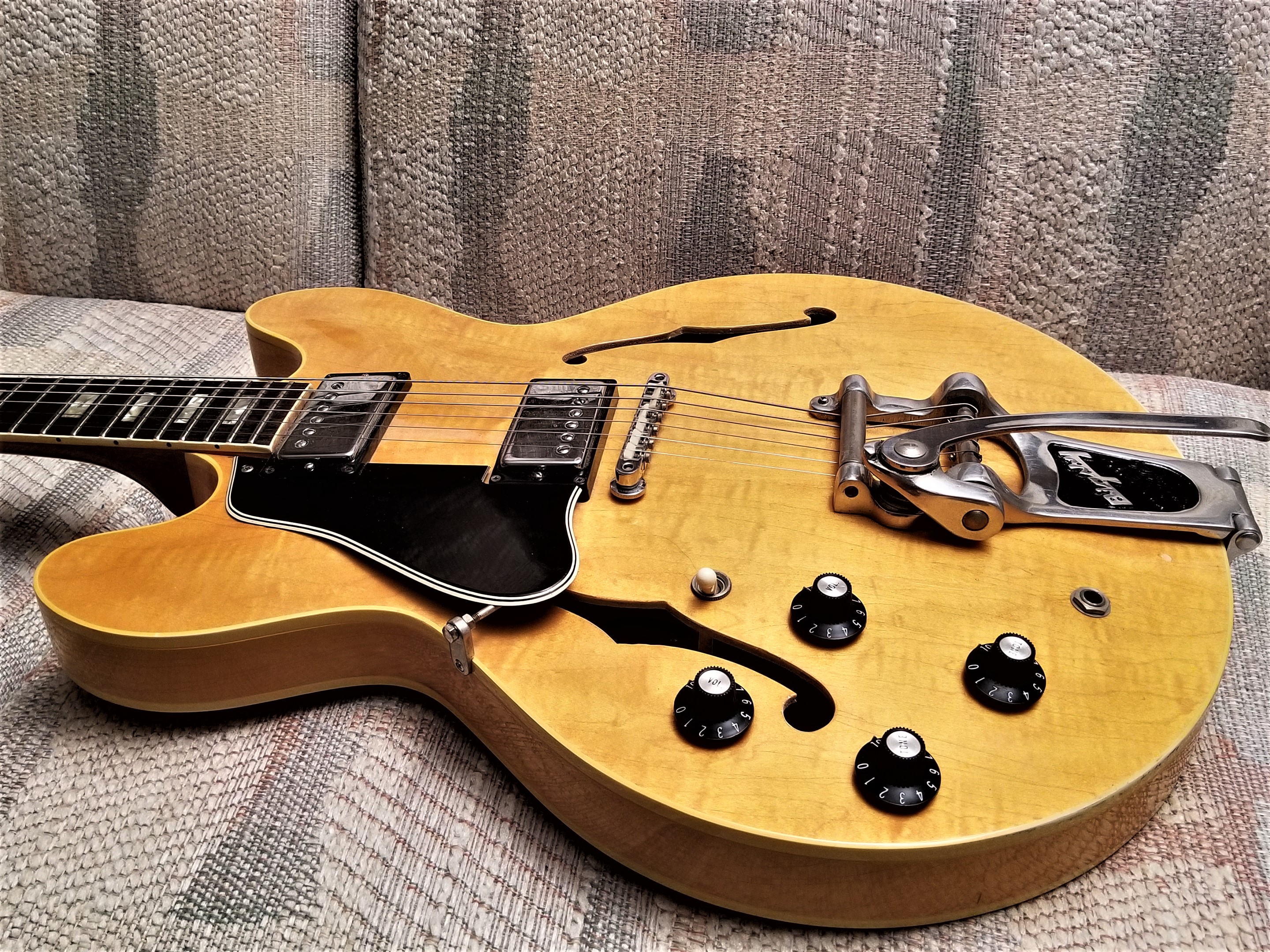 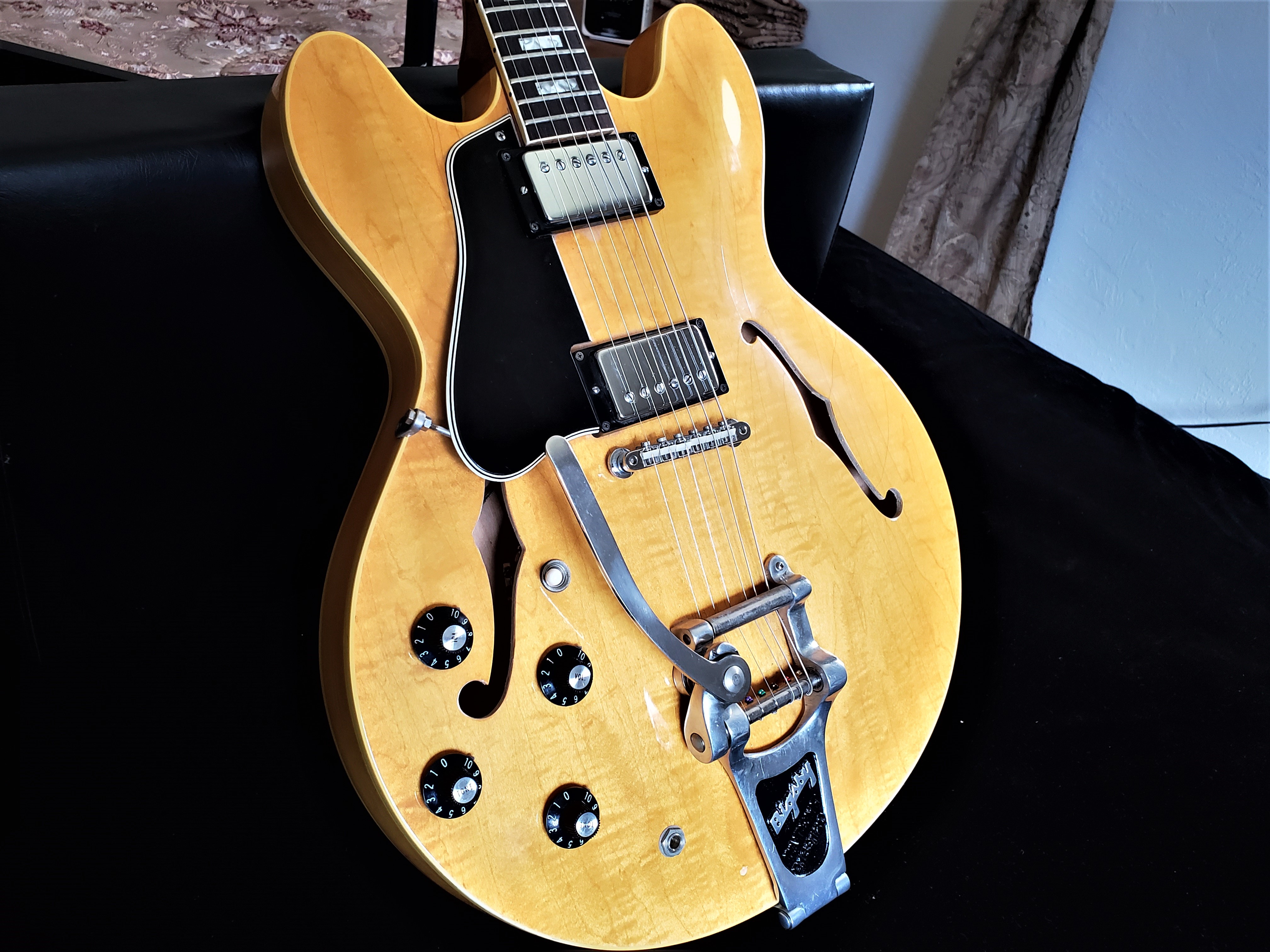 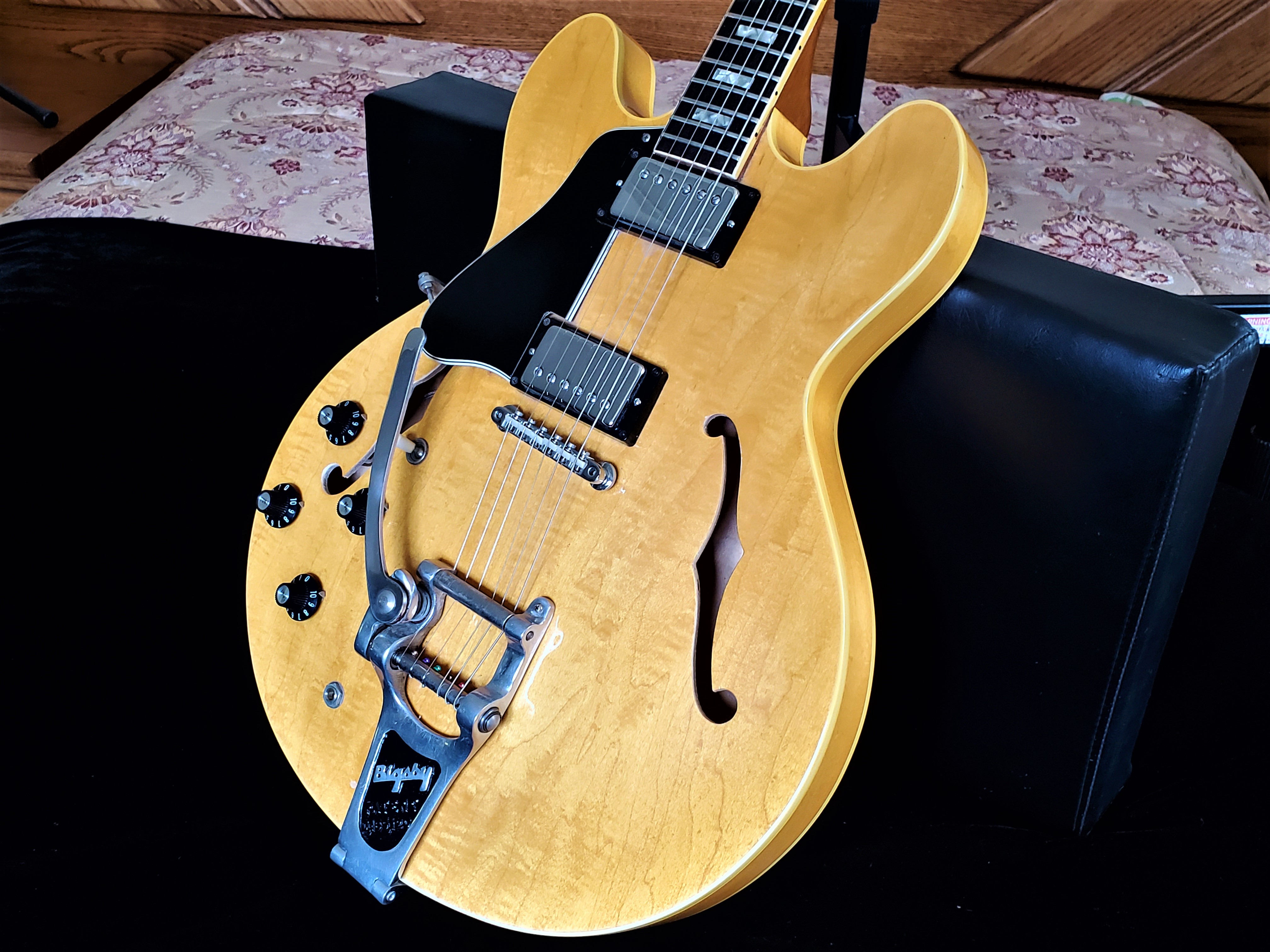 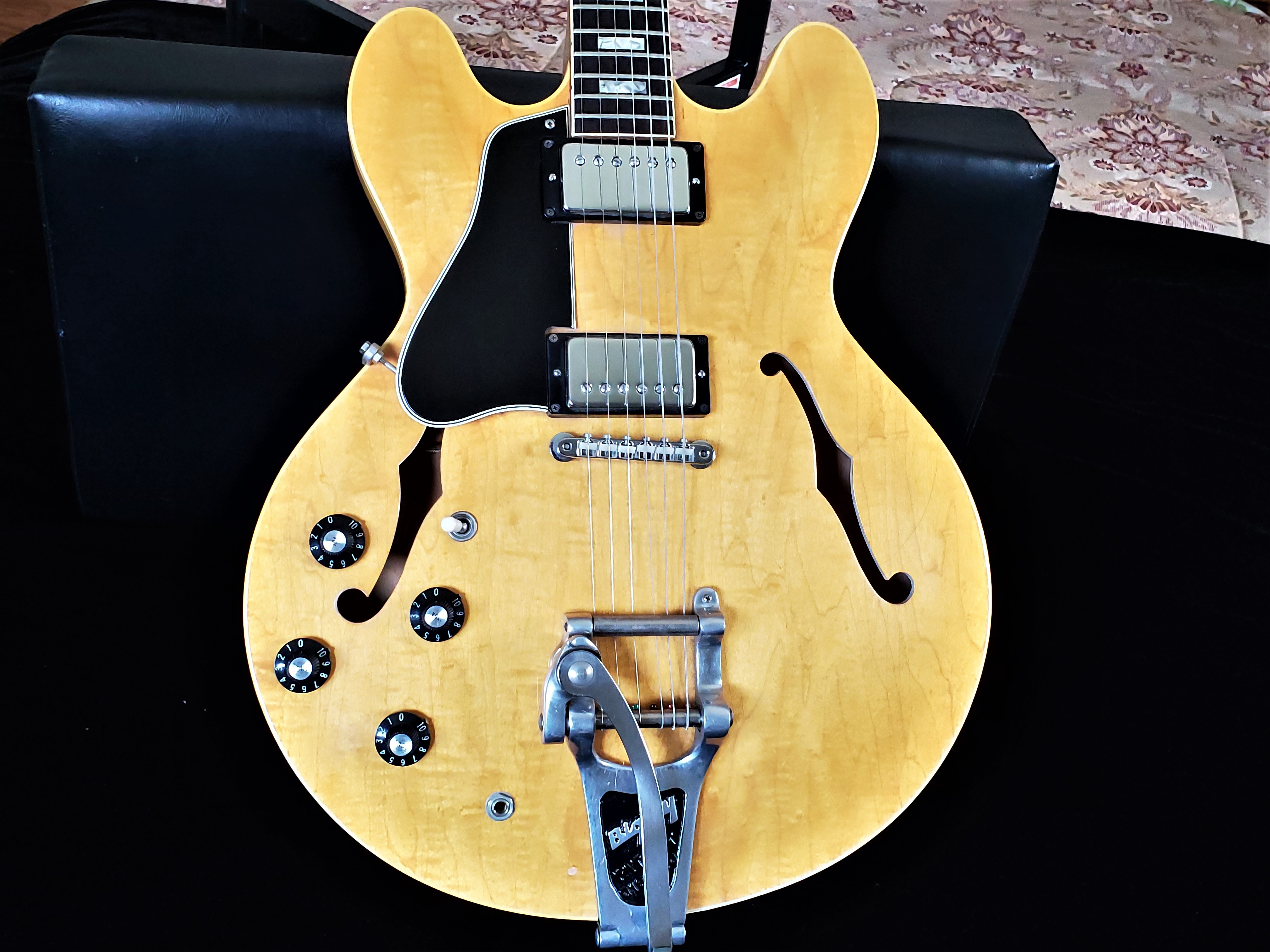 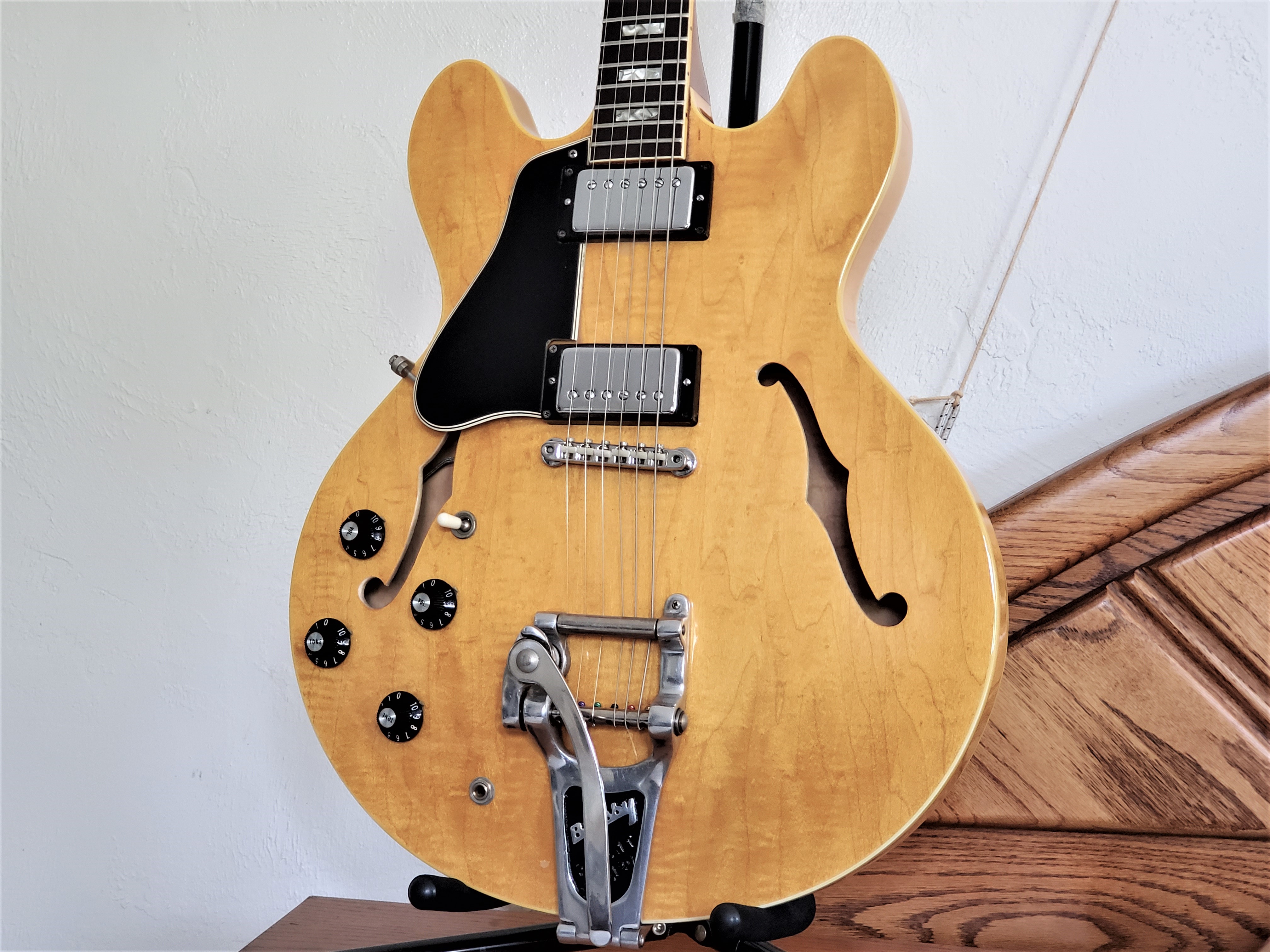 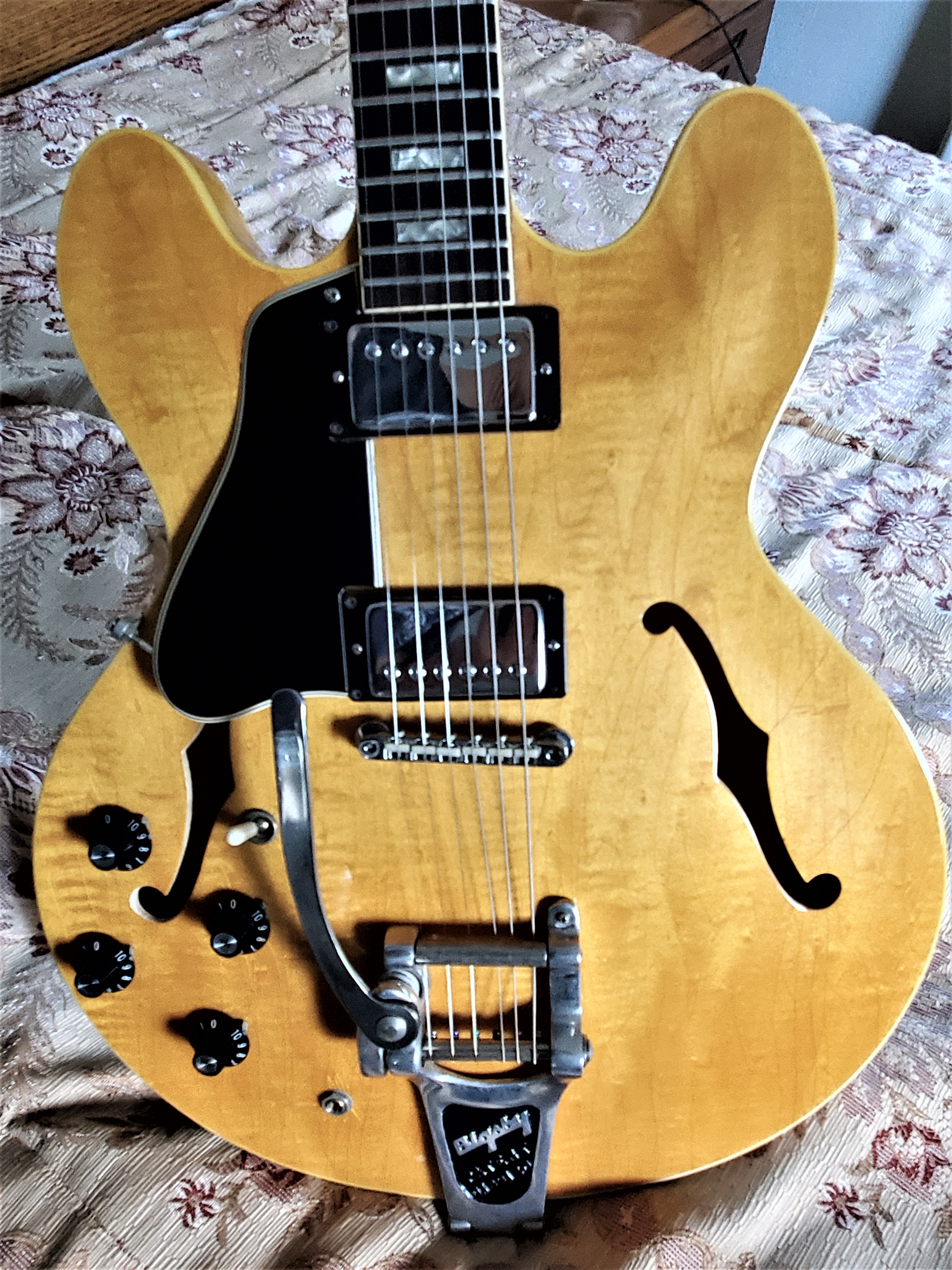 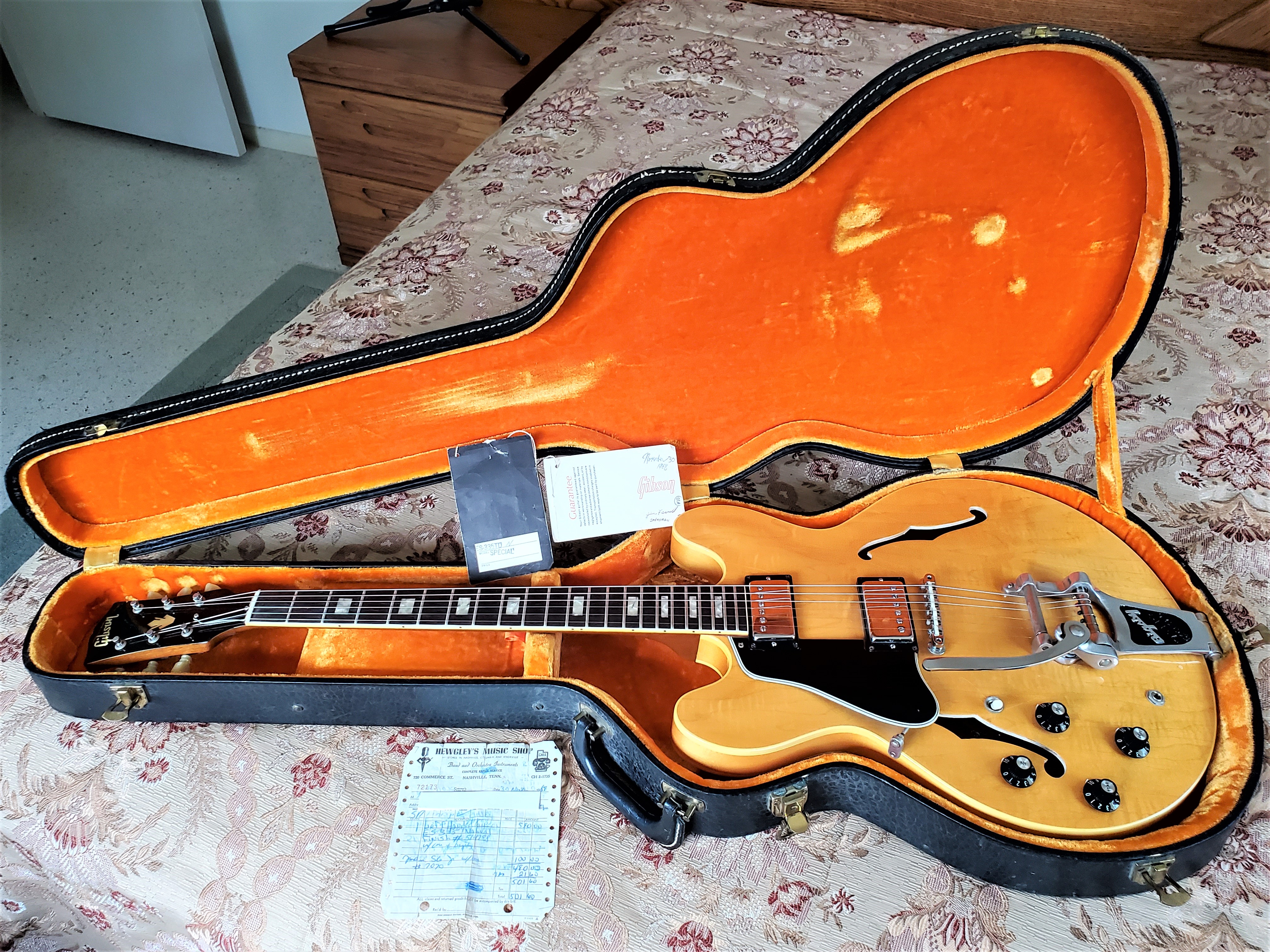 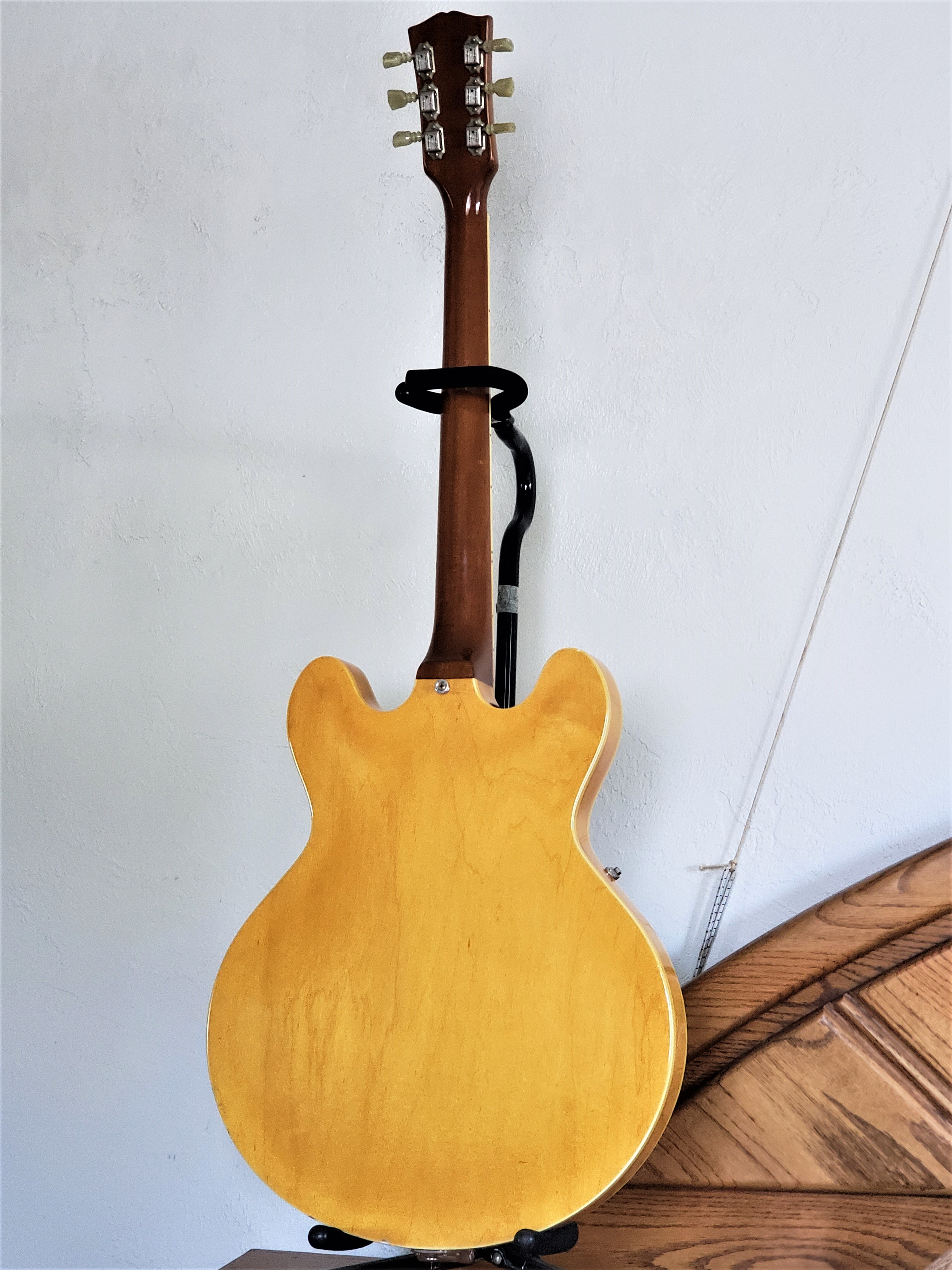 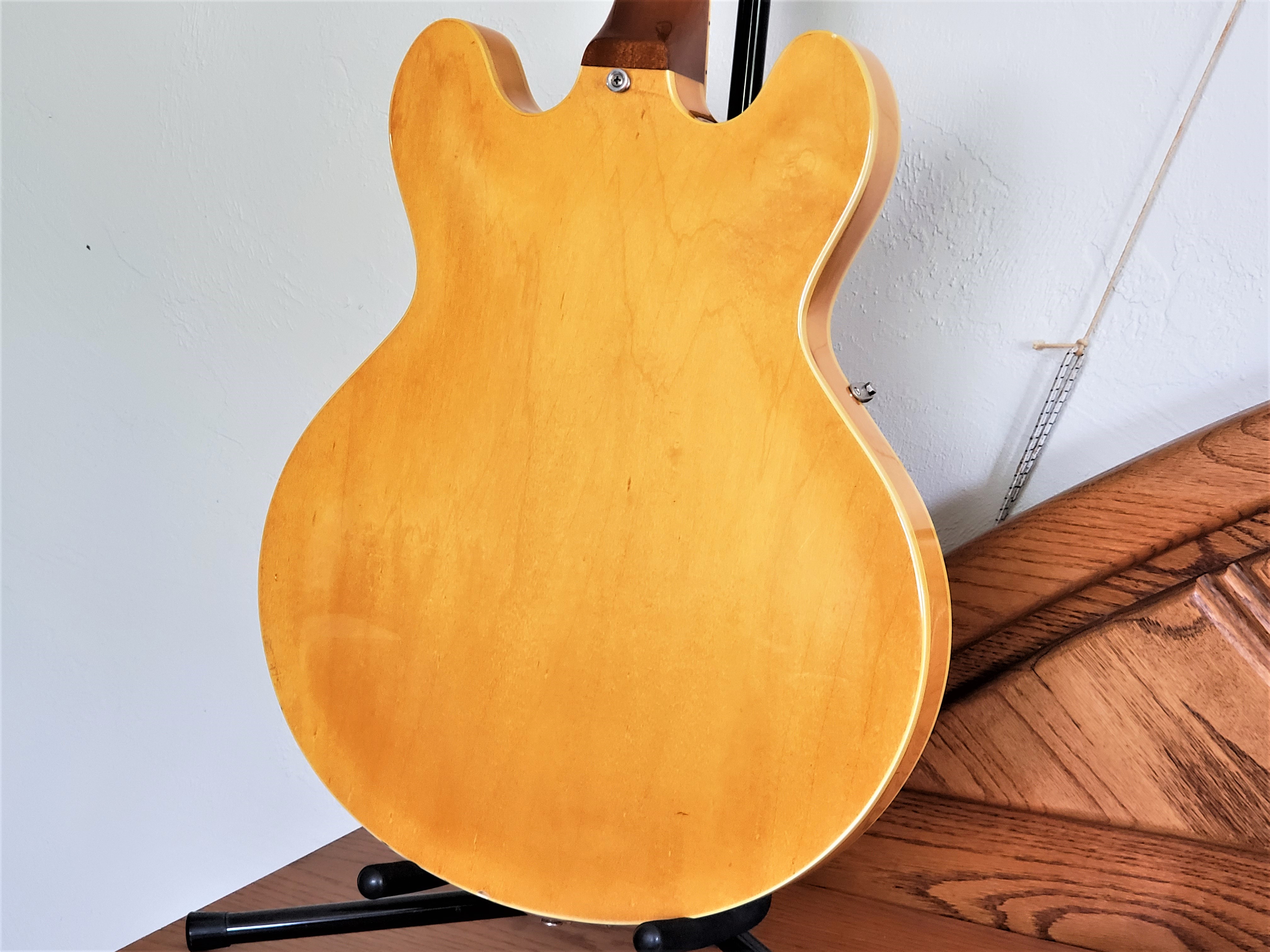 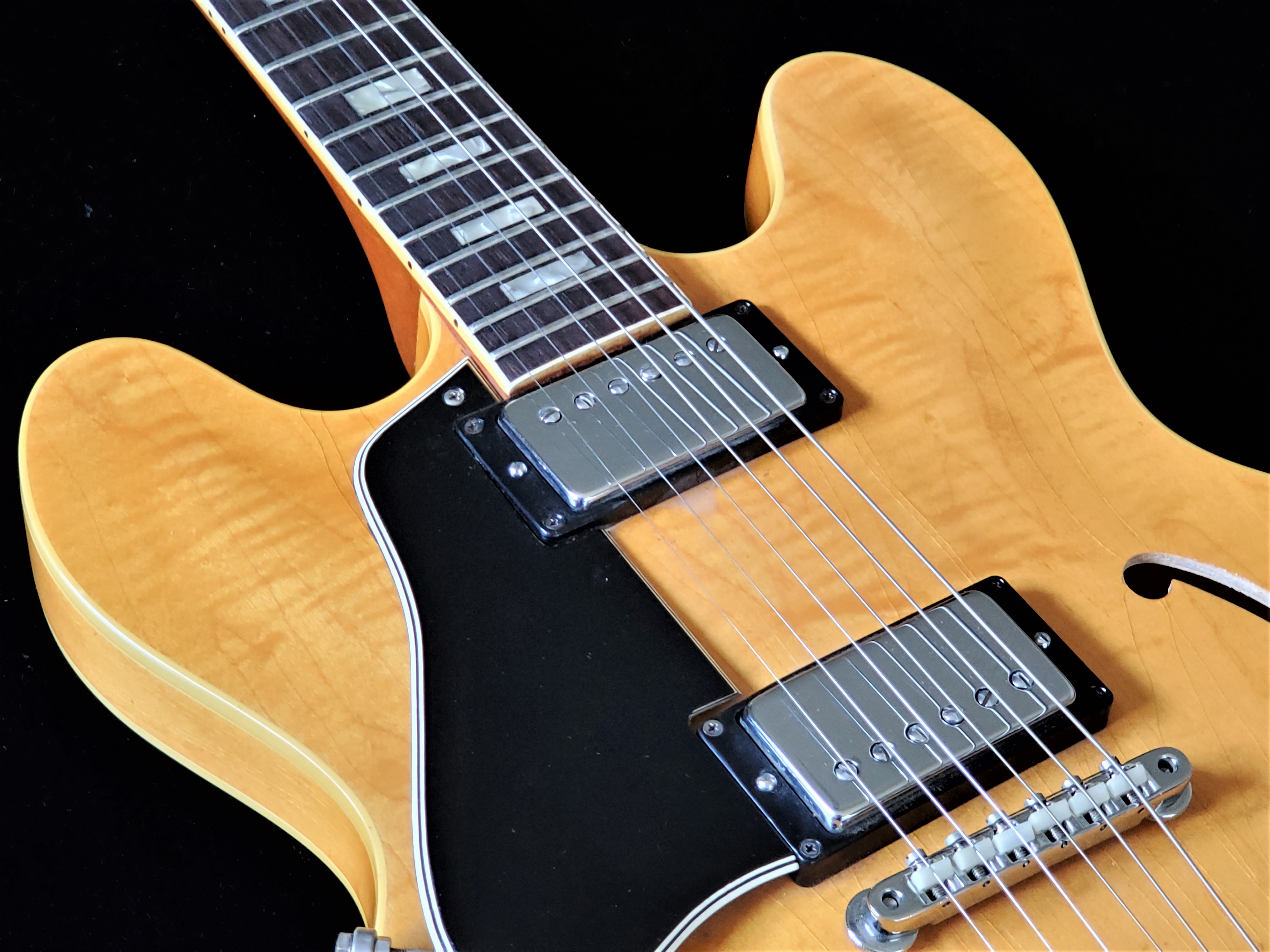 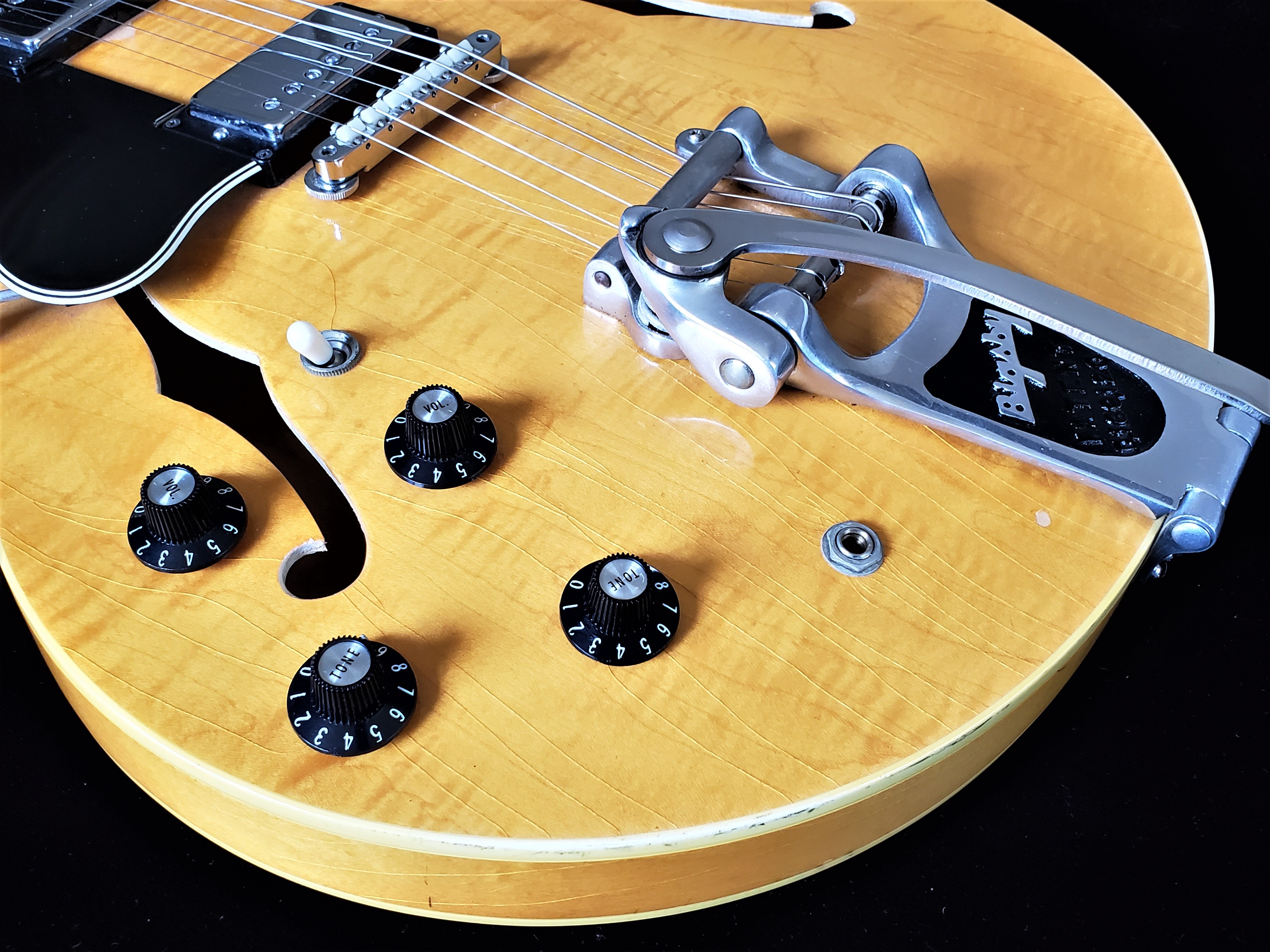 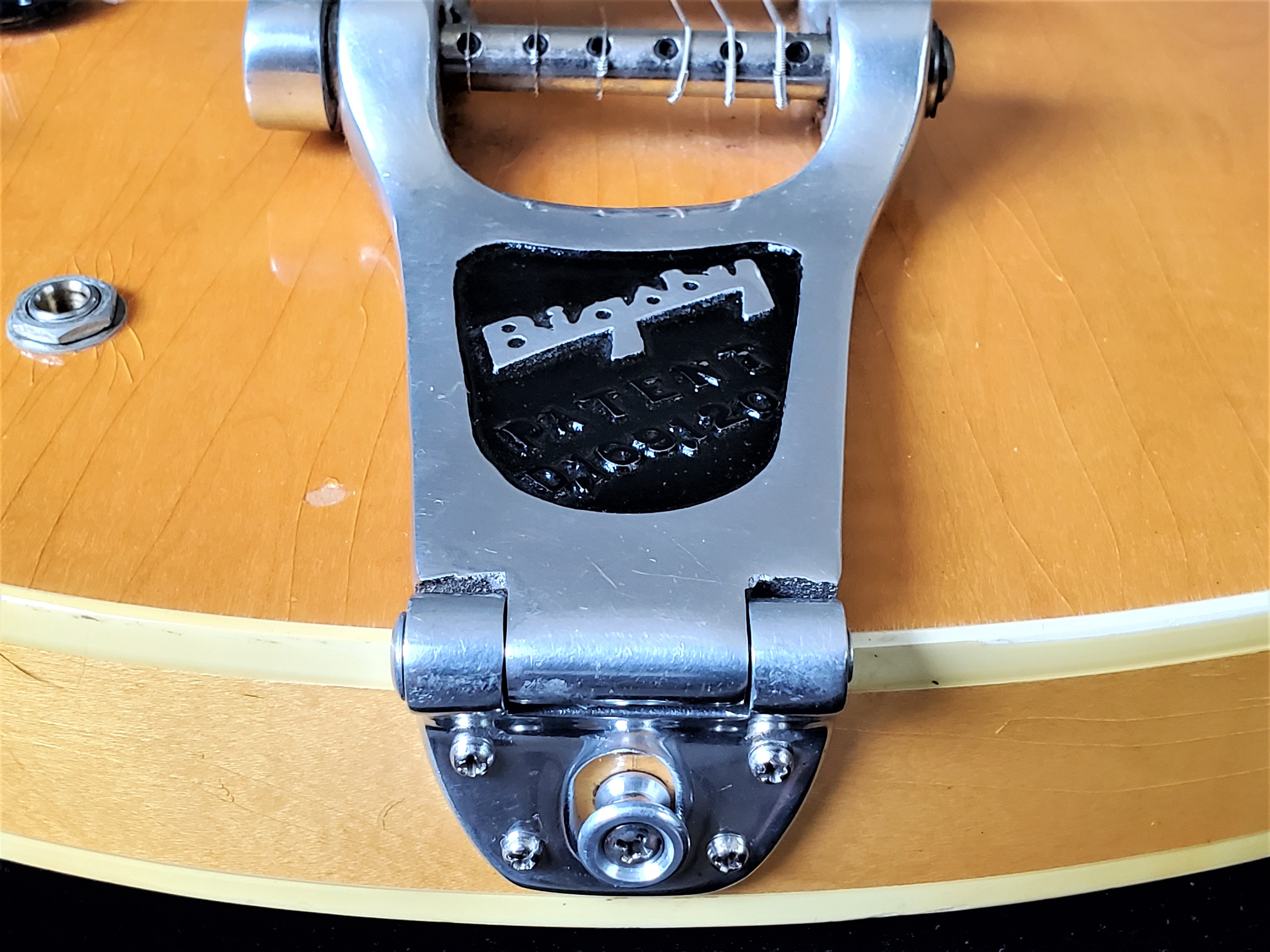 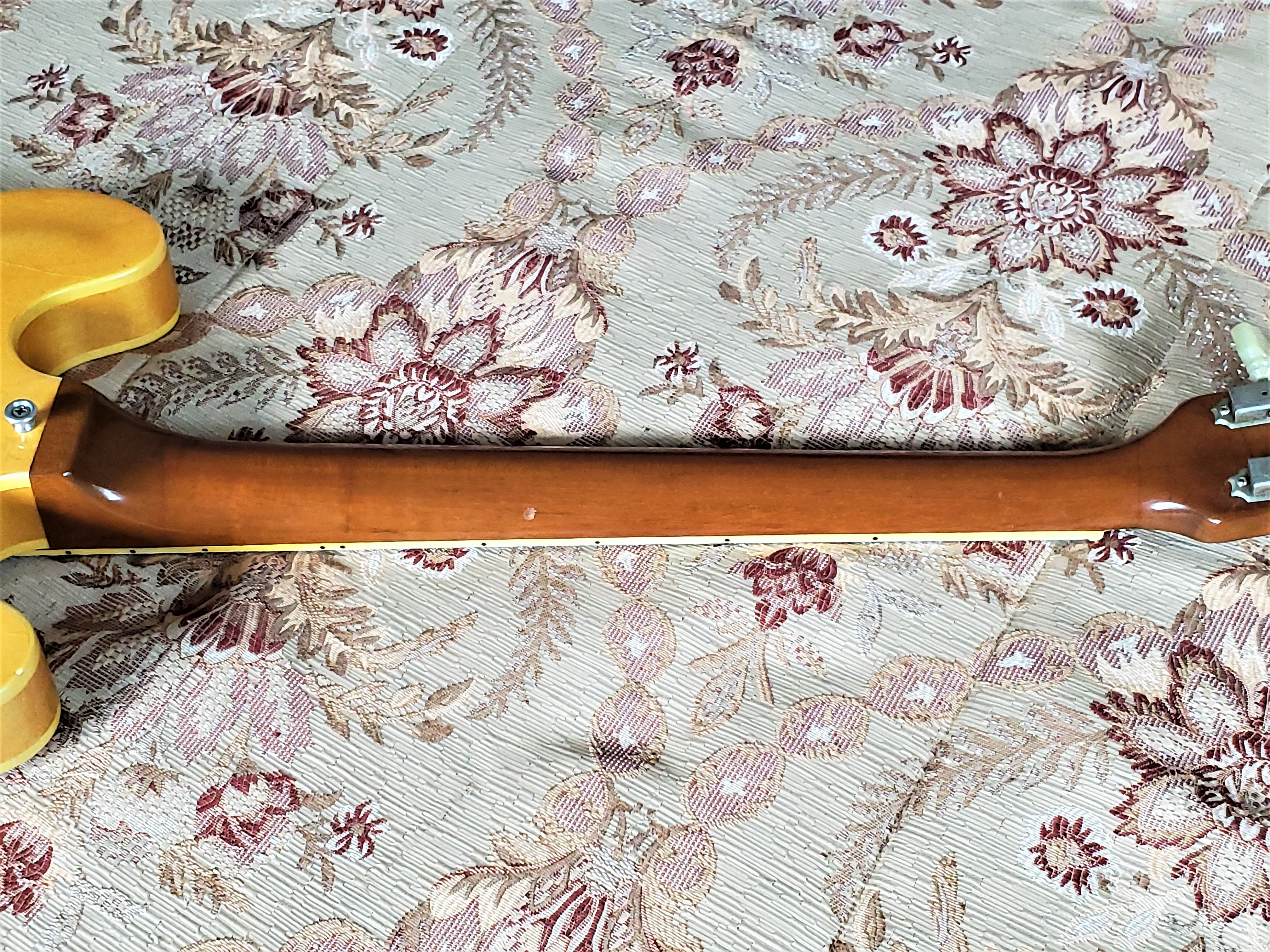 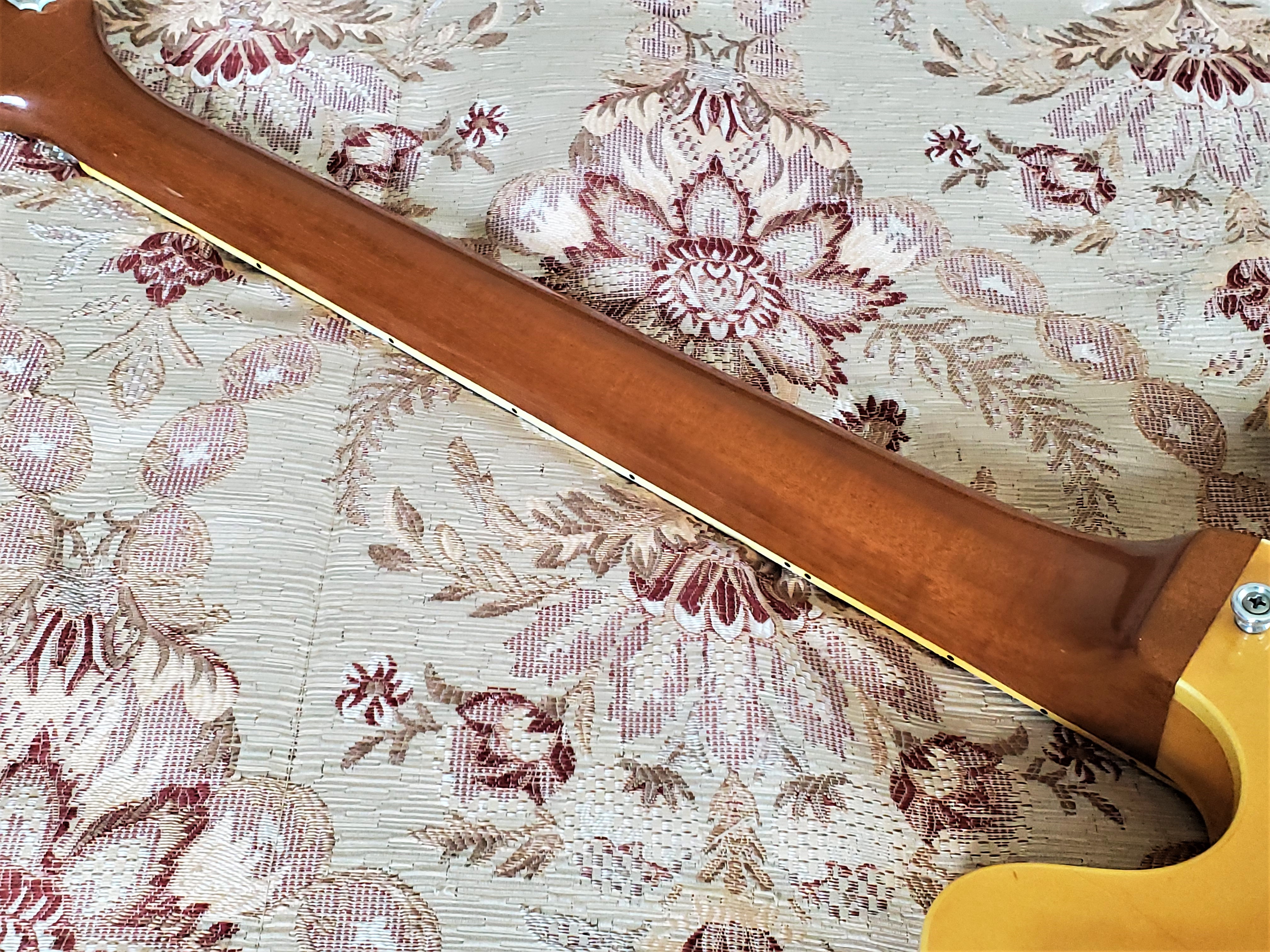 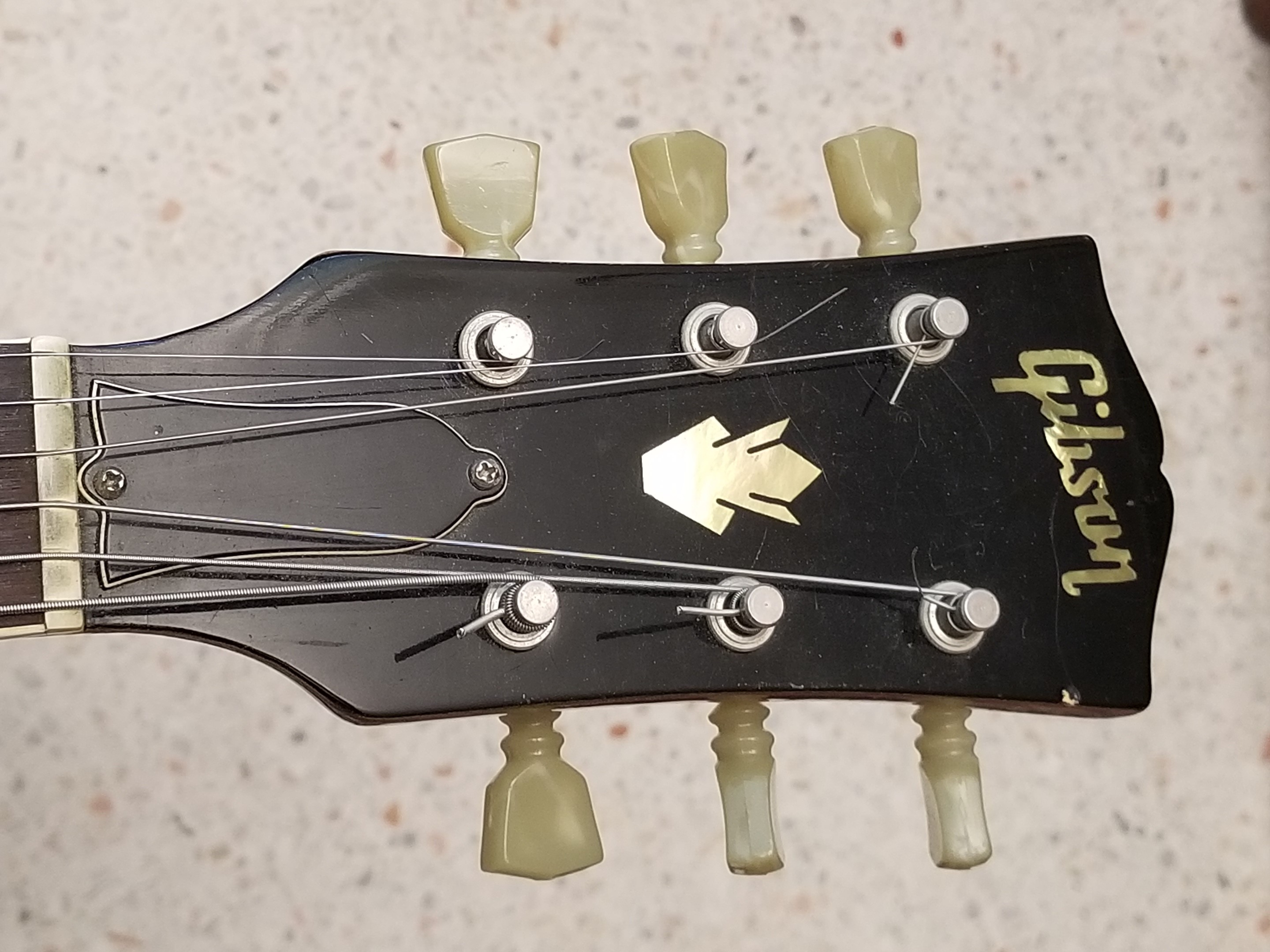 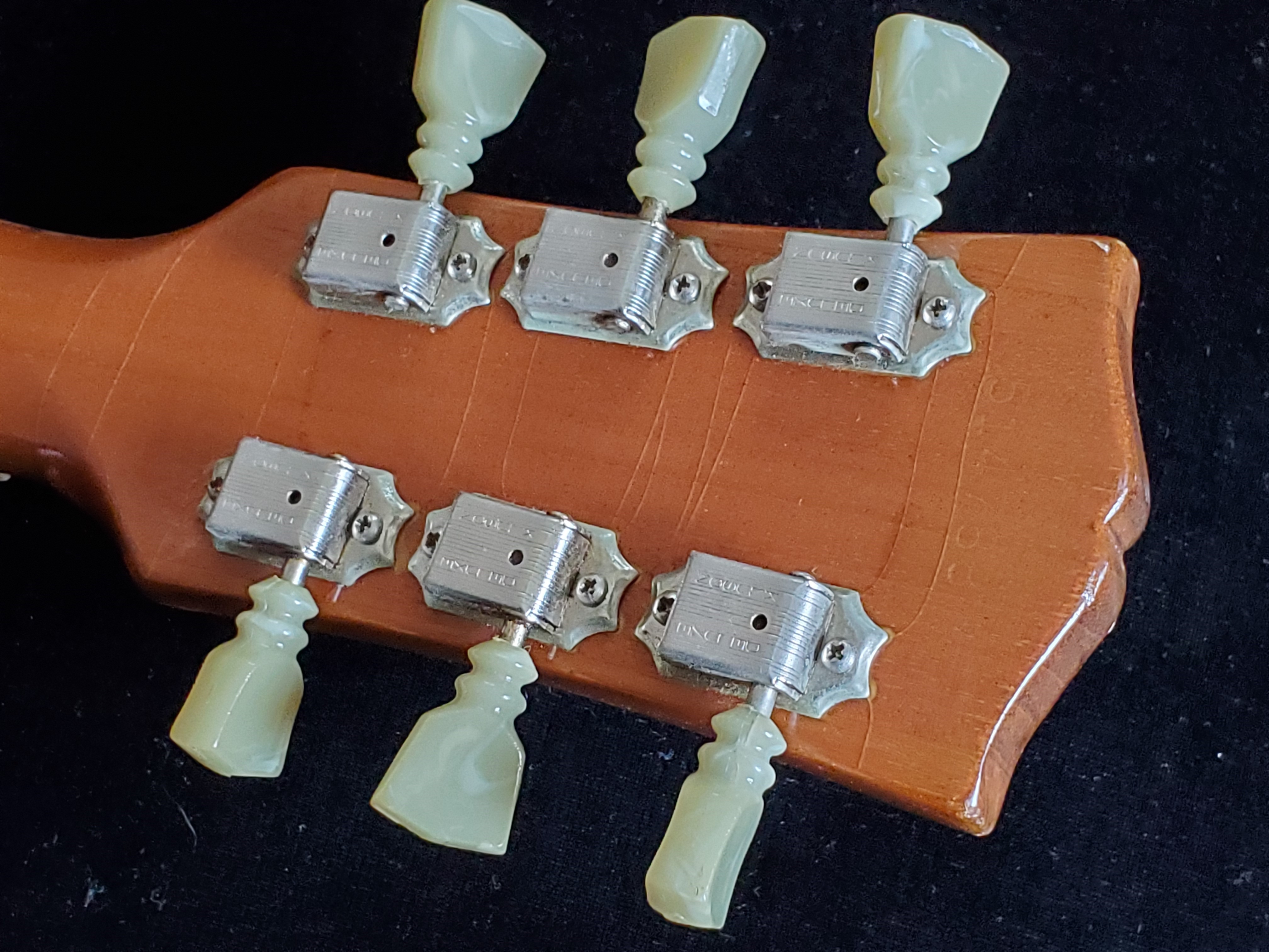 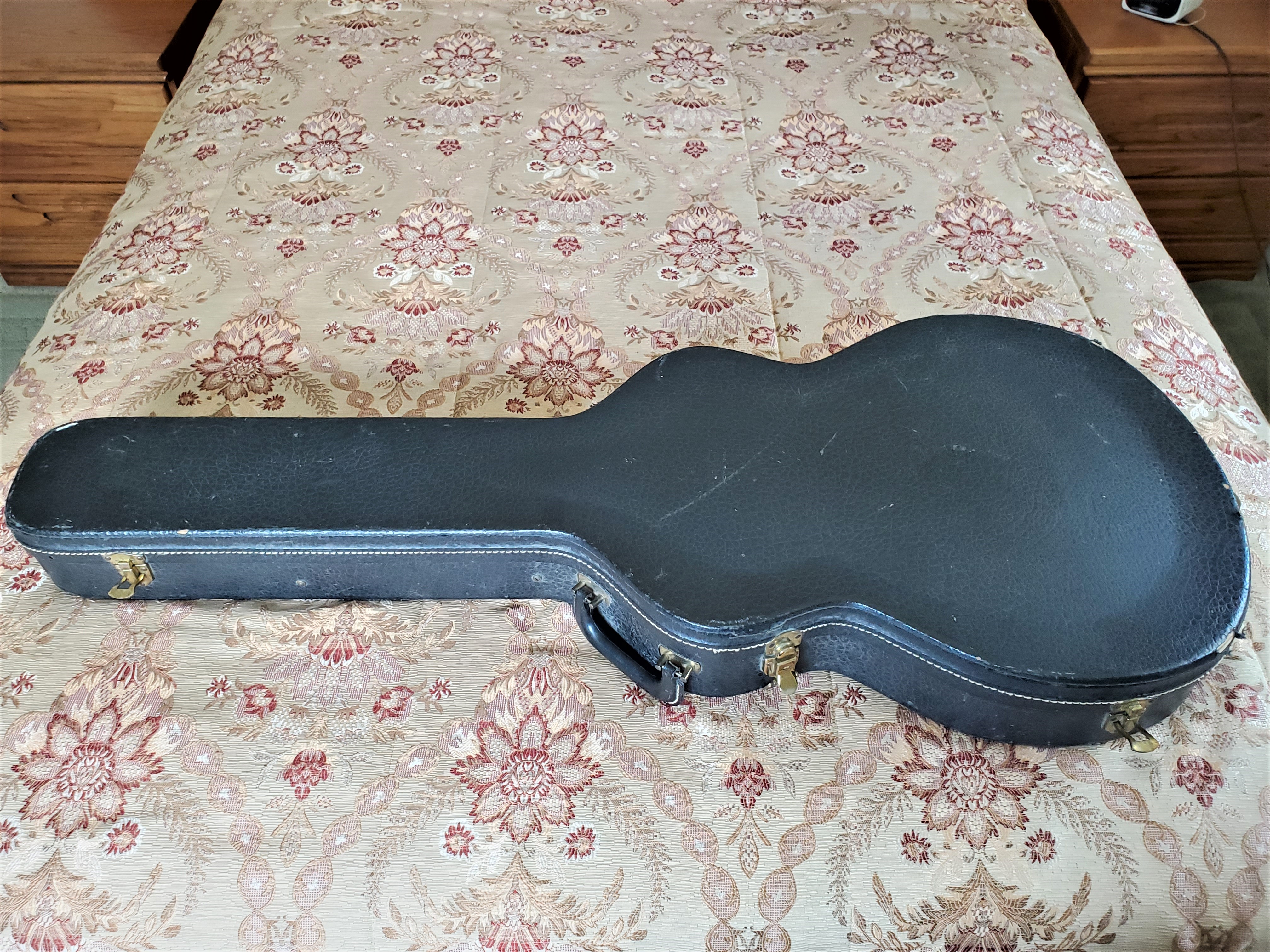 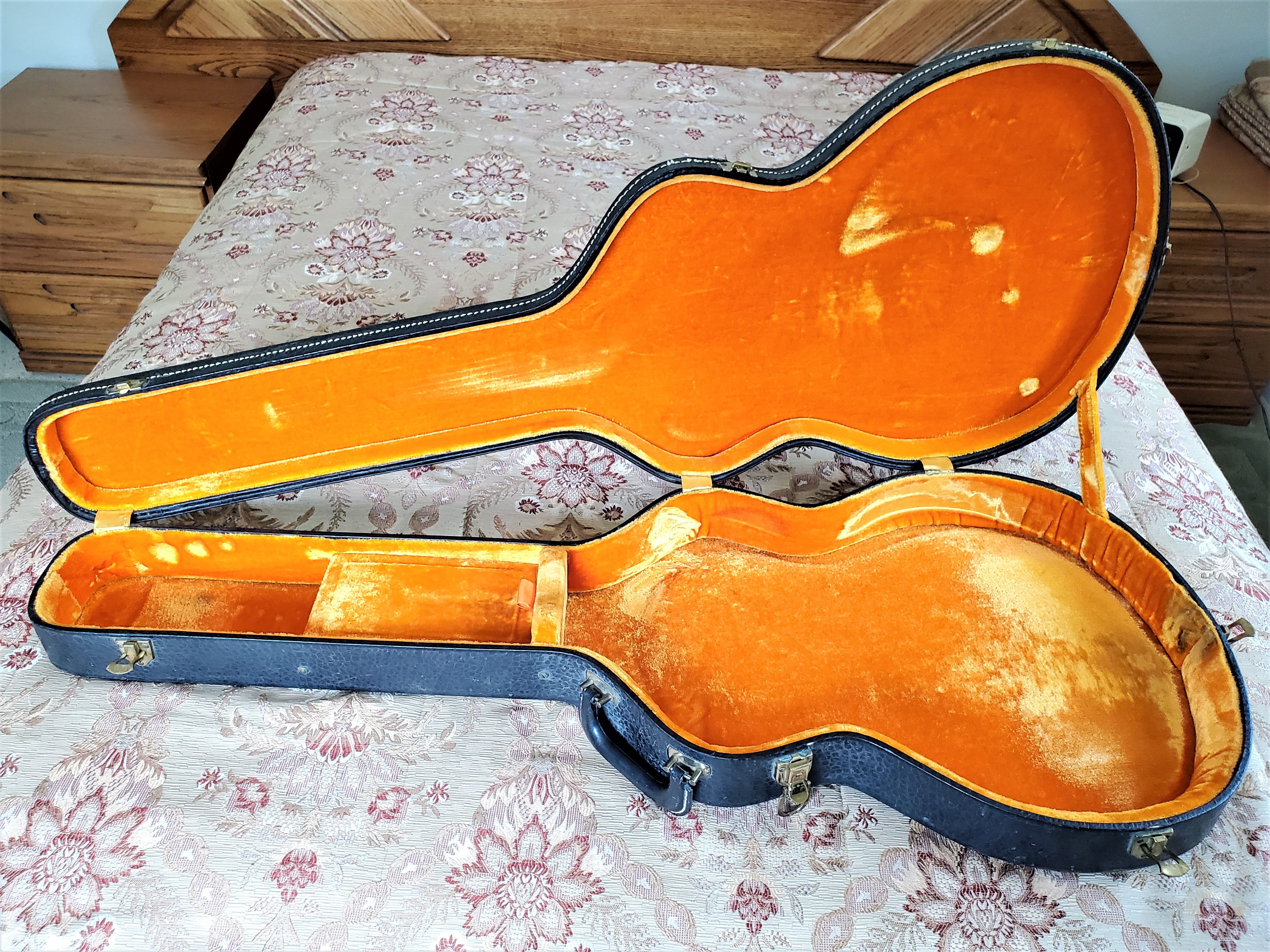 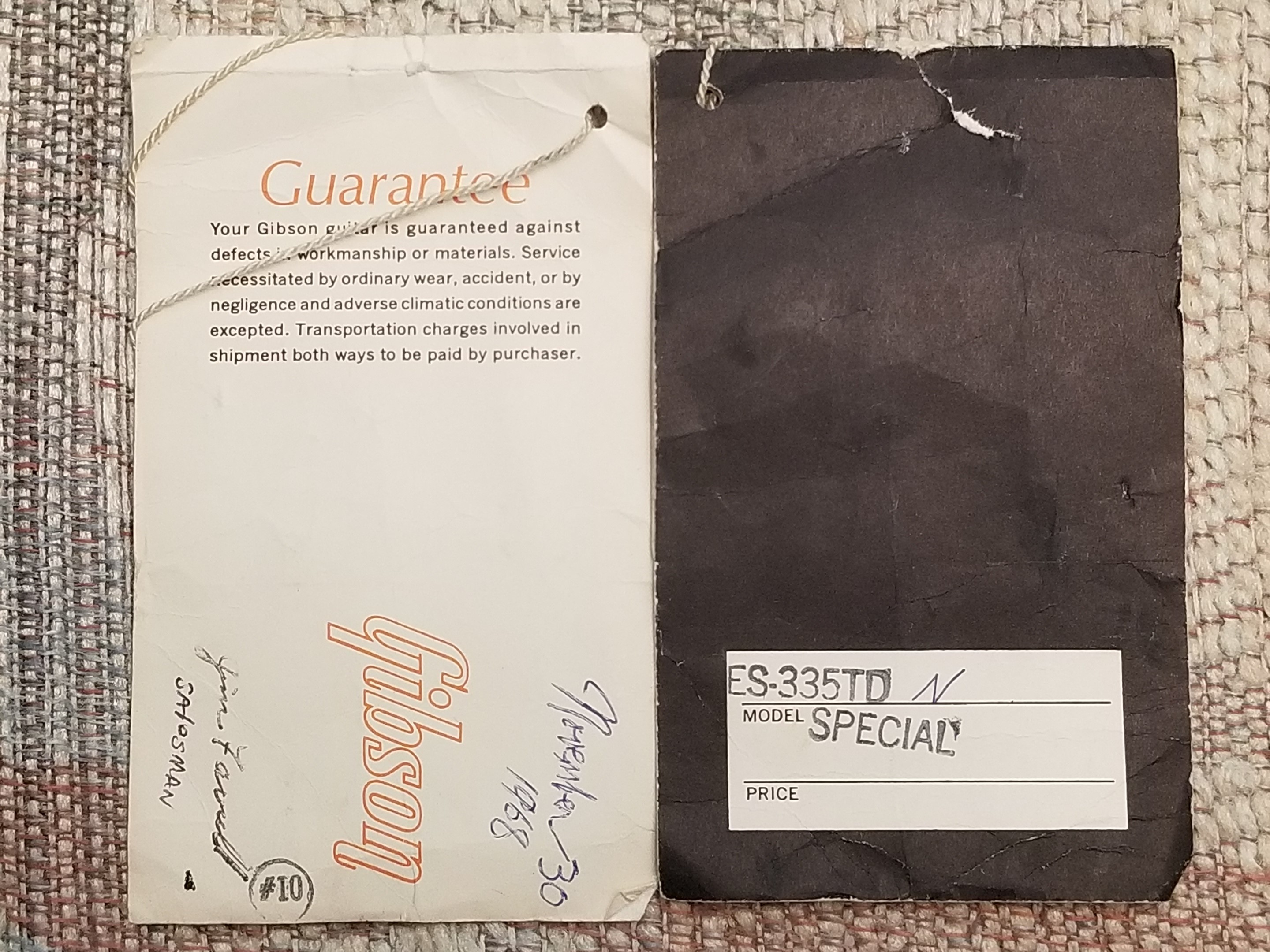 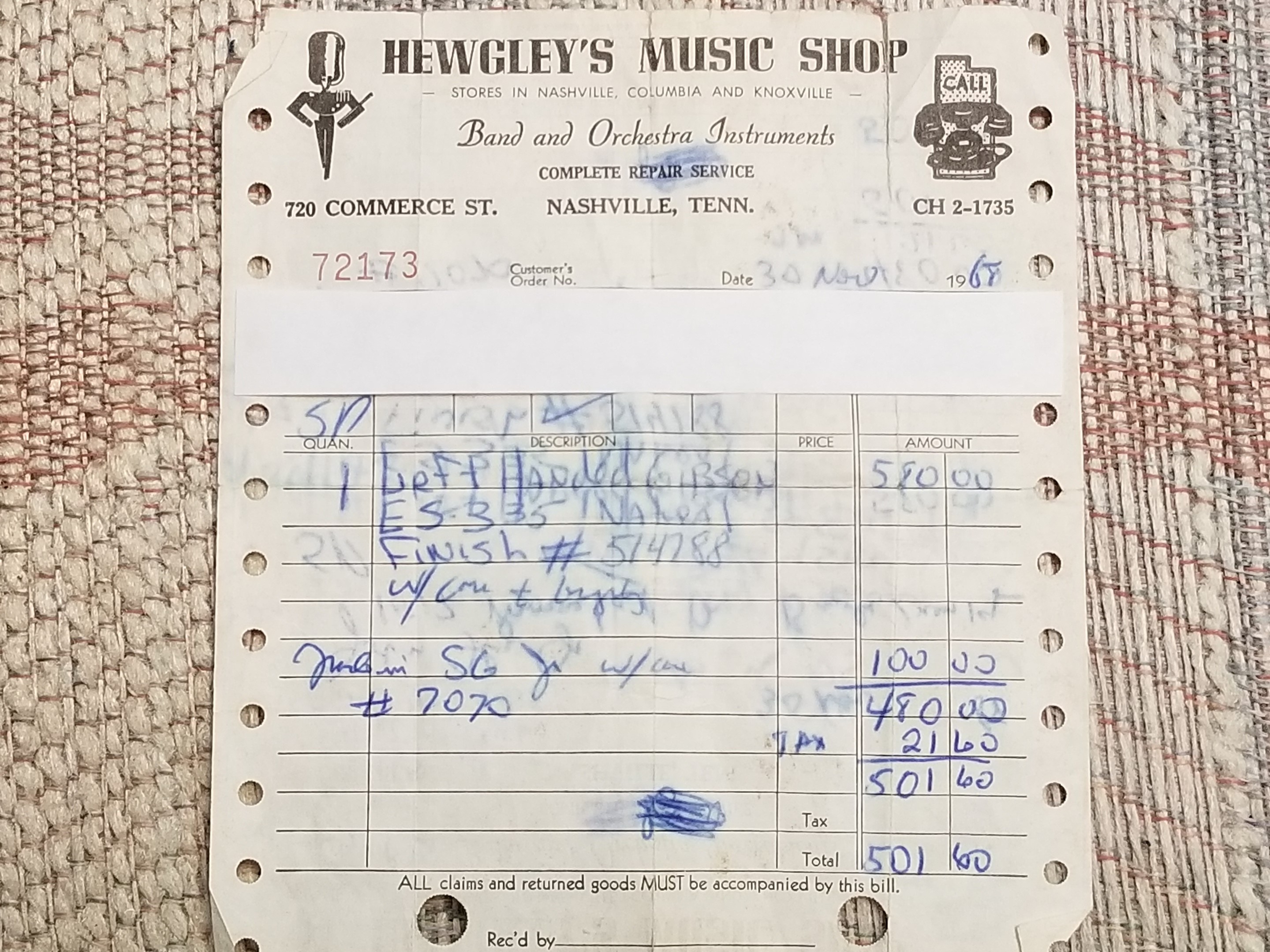