This 1964 Fender CAR Strat currently resides with the 2nd owner, who states: “The original owner had this guitar since new along with other pre-CBS Strats from 1954, 1958, 1960, 1963, and early 1965. Over the years he sold all of his guitars but kept this one as this was by far the most best sounding Strat of them all.”

The guitar has a fair amount of honest playing wear accumulated over the past 53 years, with the Gold undercoat showing in several areas. The guitar is all original according to the current owner, with the exception of a 5-way switch, one Tone pot, and newer hardshell case. True pre-CBS with the spaghetti logo, and Candy Apple Red – Leo’s favorite custom color! 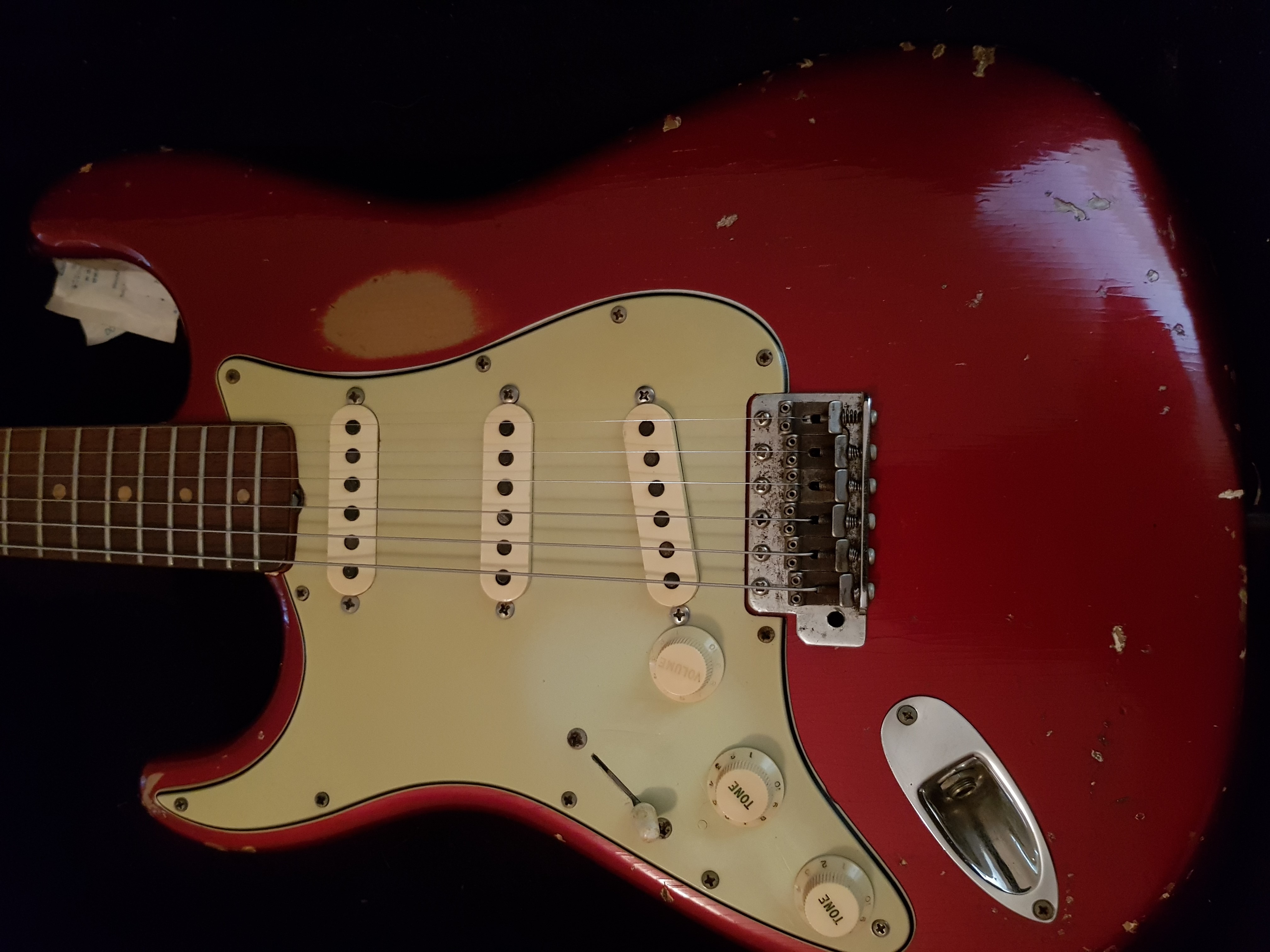 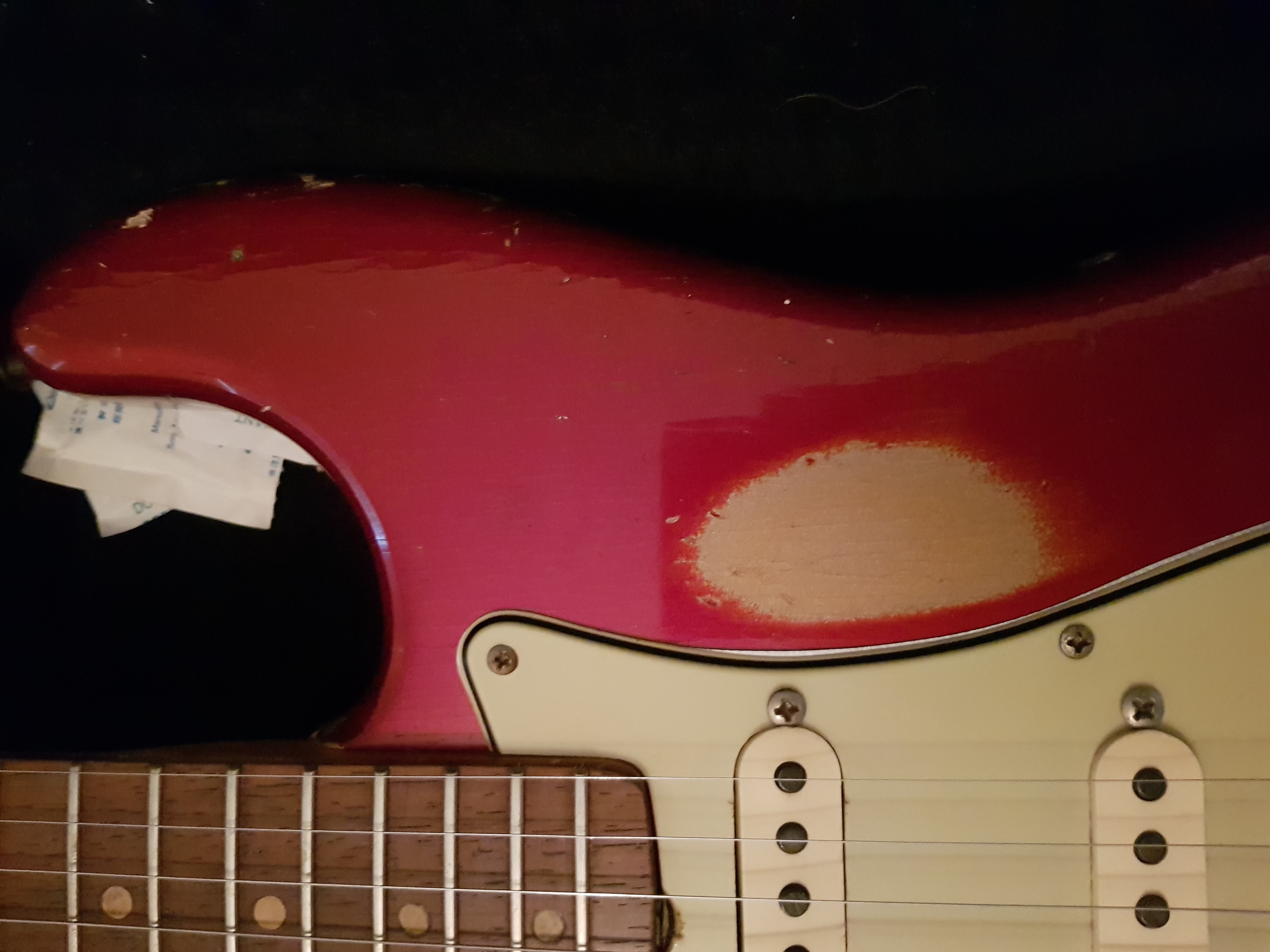 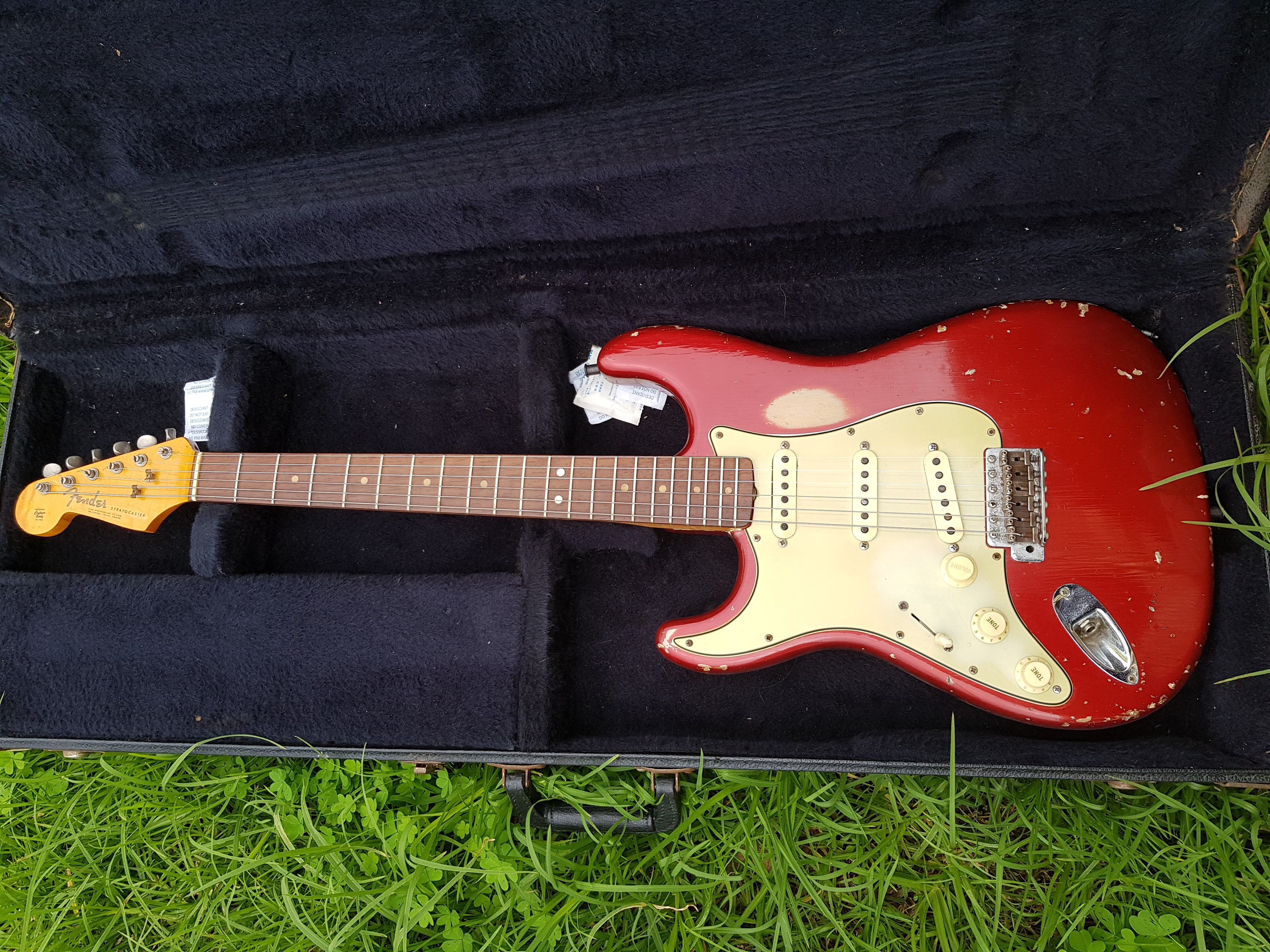 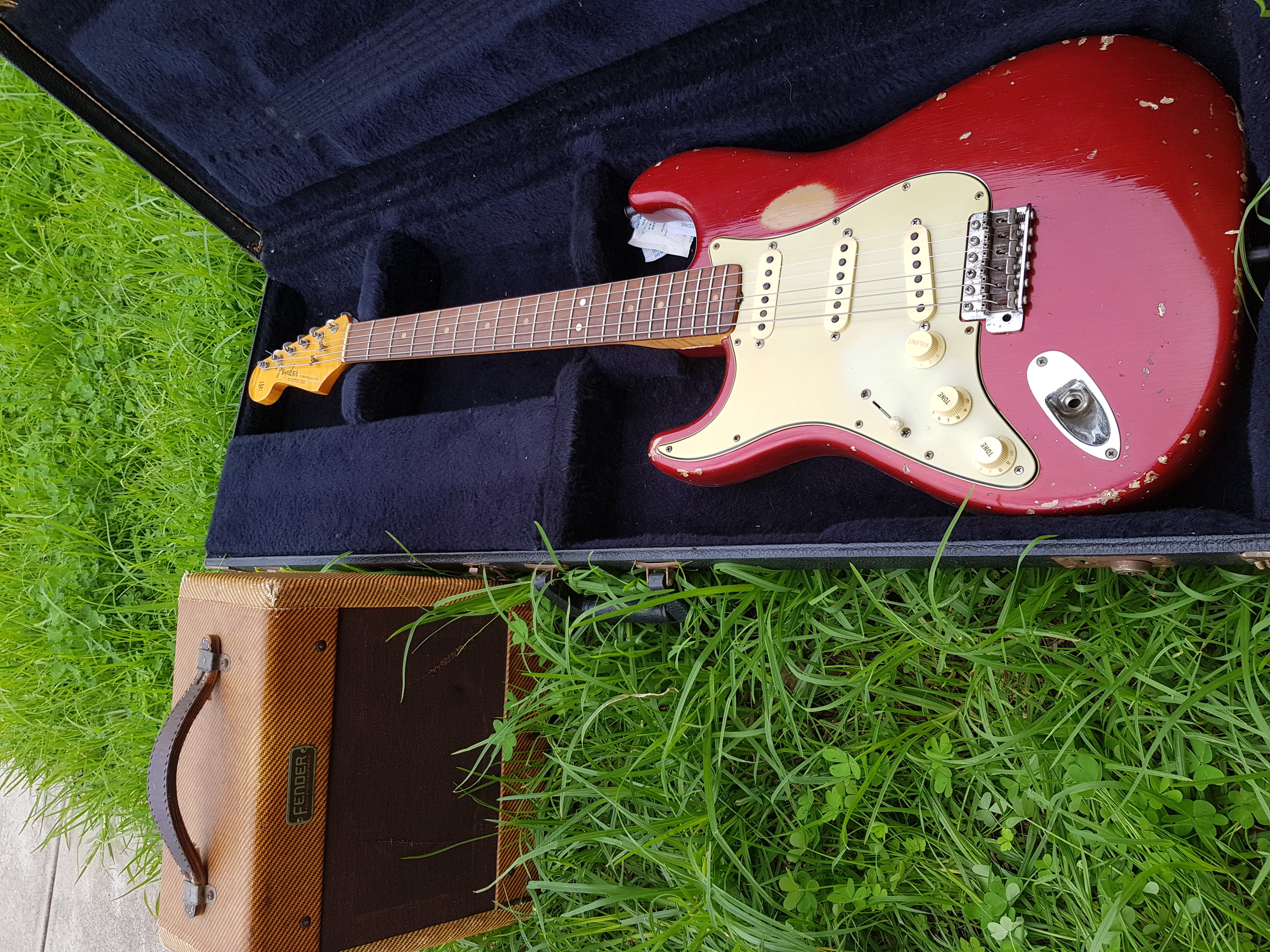 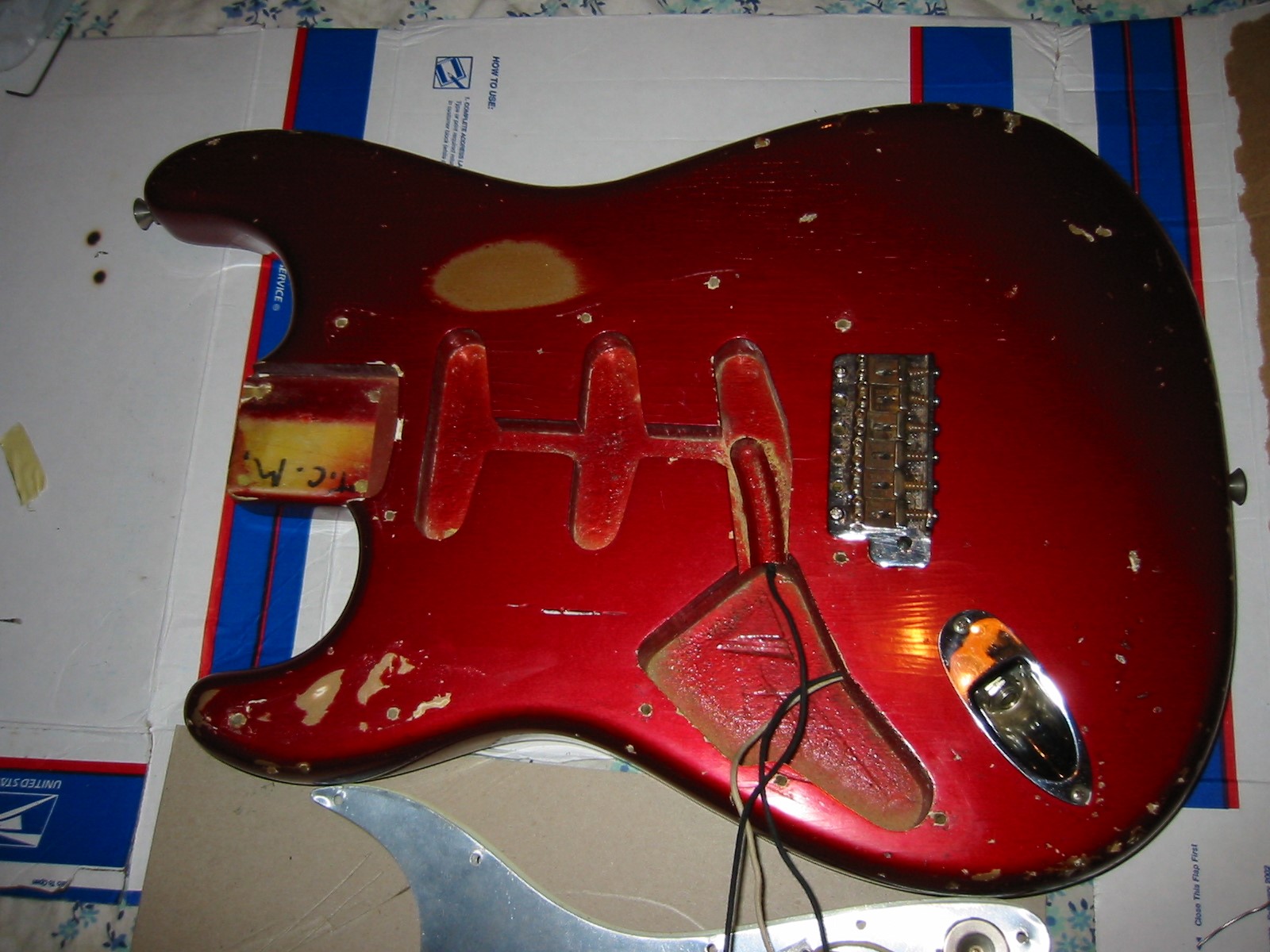 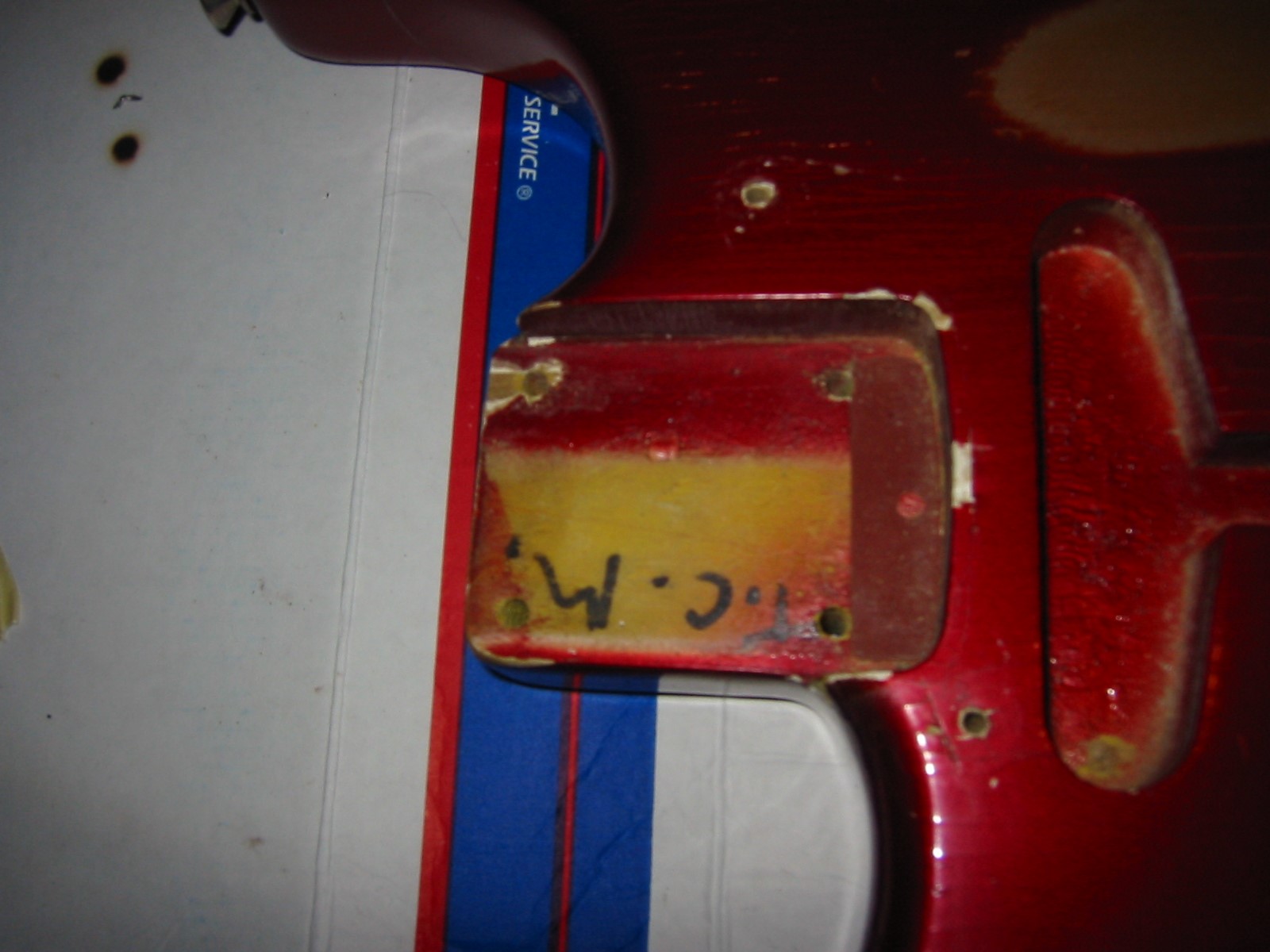 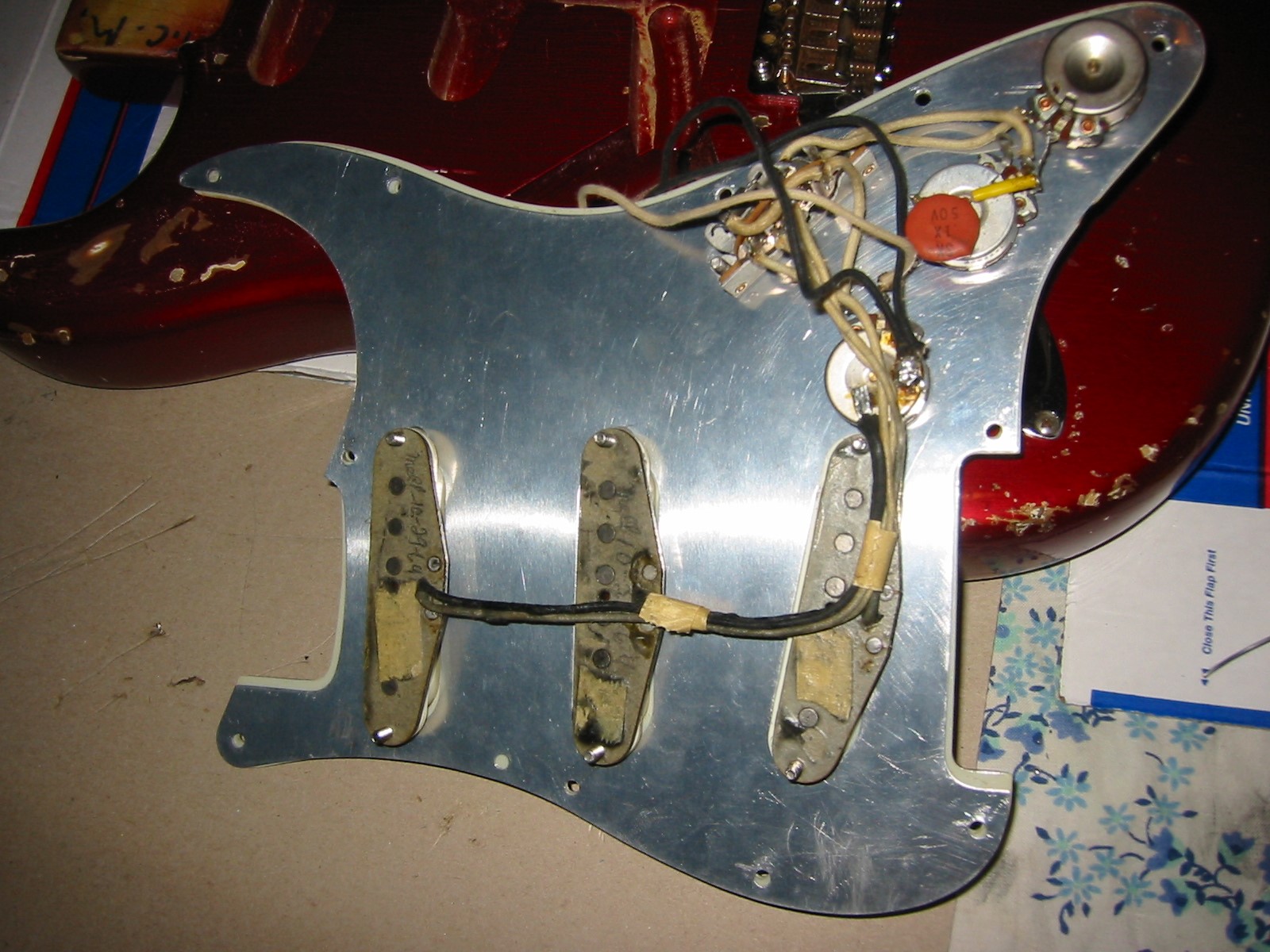 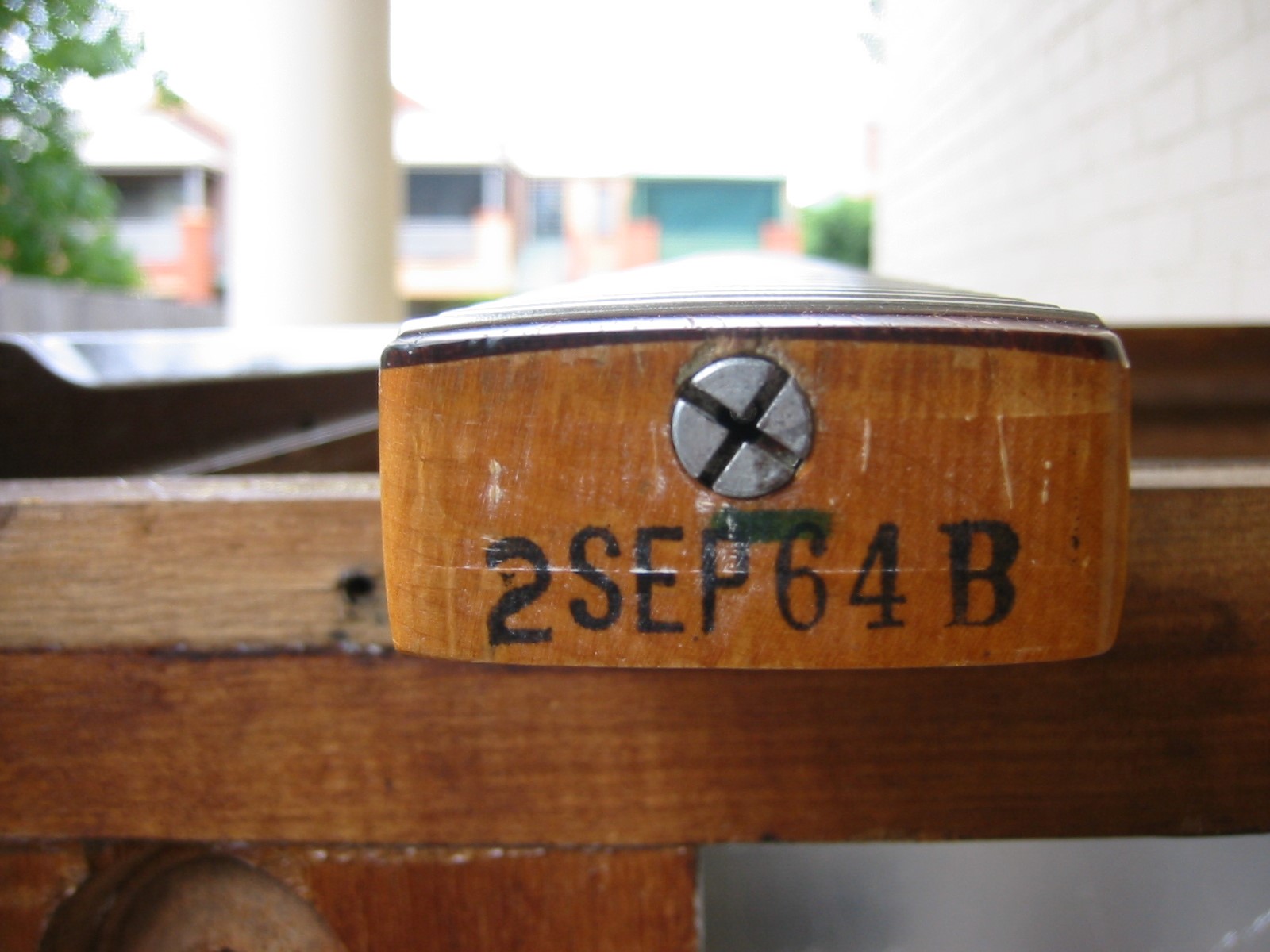 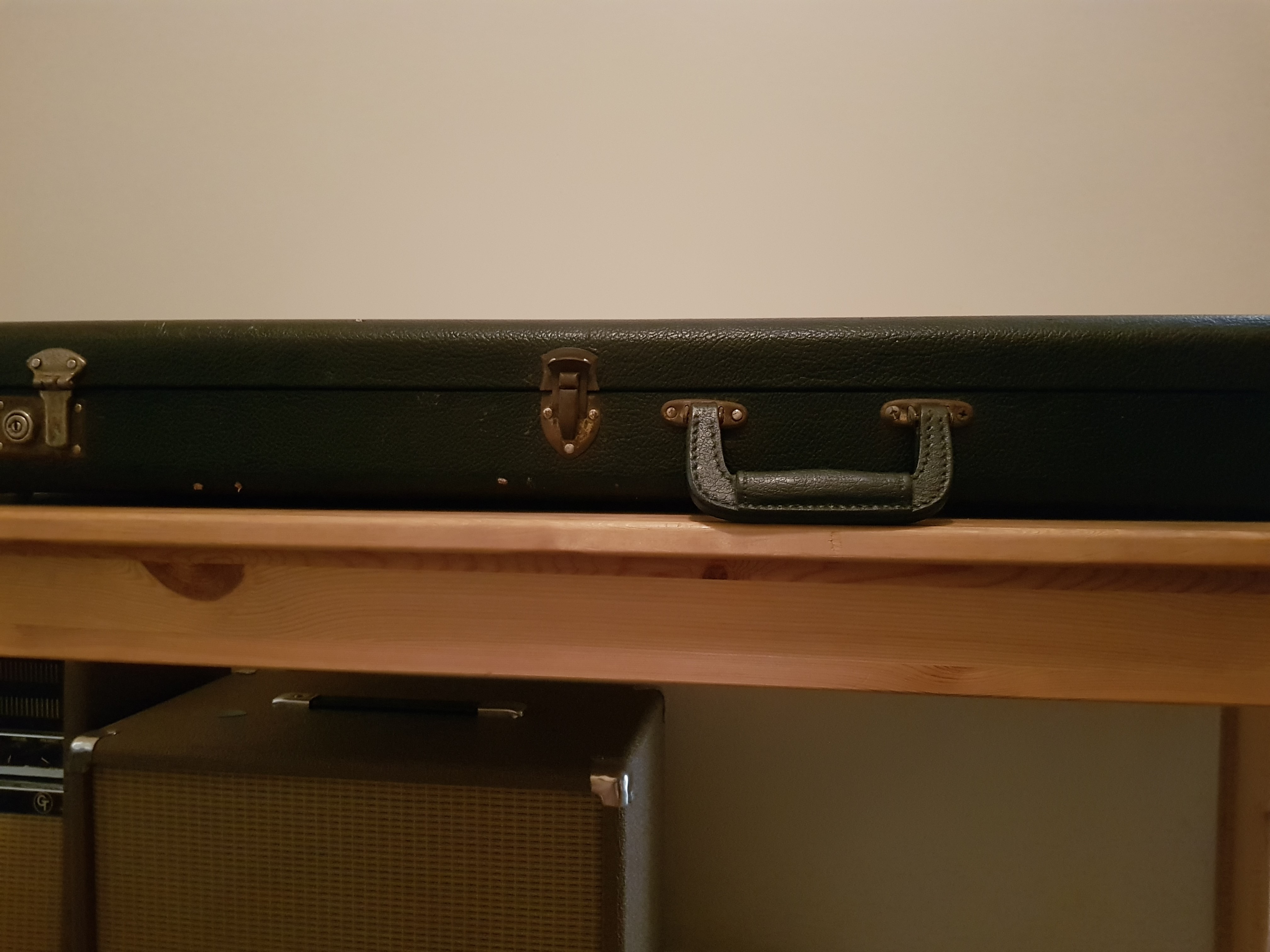